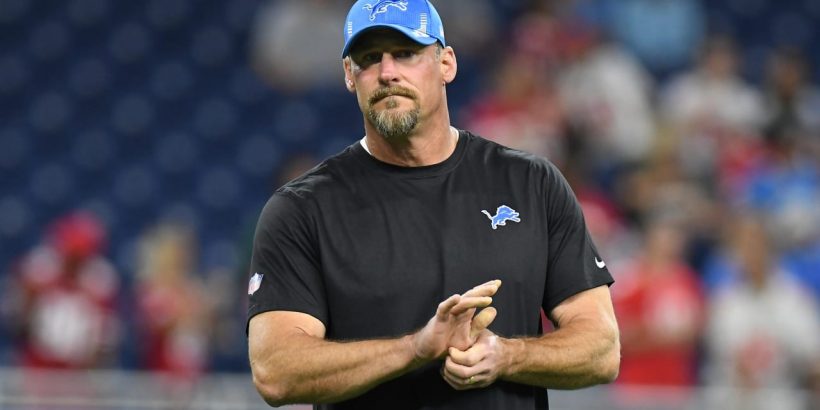 With the first Sunday of the 2021 NFL regular season in the books, the Next Gen Stats analytics team is diving into some of the fourth-down and point-after situations that made a major difference in Week 1. Using the Next Gen Stats Decision Guide, we can break down the numbers behind the calls that shape the game.

BUCS 31, COWBOYS 29: Mike McCarthy leaves points on the board

When two potent offenses face off, settling for 3 instead of pressing for the end zone can be a critical mistake, as Dallas demonstrated in the three situations below.

According to the Next Gen Stats Decision Guide, McCarthy’s decision here cost the Cowboys 5.8 percent in net win probability, the most value lost on a fourth-down call entering Monday Night Football. The odds of the Cowboys converting in that situation? 51 percent. The odds of making a 21-yard field goal? 97 percent. Multiply each percentage by the number of points (51 percent times 6.97, to account for missed extra points, and 97 percent times 3), and you can see how going for it (which would yield 3.6 expected points) is the optimal decision vs. the one that yields 2.9 expected points.

This call was less egregious — our model said go for it by 0.6 percent — though the numbers still leaned go, which does take into account how many points each team is expected to score. Trying for the kick here clearly had an effect on a game decided by just two points.

Our model rated this as a true toss-up between going for it and kicking. The field goal certainly gave Dallas the lead — however, there was still over a minute left on the clock, and all Tom Brady and Co. had to do was get into field-goal range to win. Even after making the kick, the Cowboys’ win probability was at 44 percent. If they’d gone for it (a 37 percent proposition) and converted, they would have had a 69 percent chance to win the game.

Campbell’s “bite a kneecap off” mentality apparently translated to his decision-making on the field in his head-coaching debut. The Lions’ coach got nine of his 10 fourth-down decisions right, according to the NGS Decision Guide, missing only a toss-up go for it recommendation (favored by 0.1 percent) on fourth-and-14 from the Niners’ 47 while down 21 points in the third quarter. Campbell’s approach marks a real change in the Motor City, where his predecessor, Matt Patricia, followed the model’s strong go for it recommendations on just 38 percent of opportunities during his tenure. This could also be a sign of Big Data Bowl finalist Caio Brighenti’s growing role in the organization, as the Lions devote more resources to their analytics staff.

FIRST QUARTER: With 12:06 remaining and the Lions (no score) facing fourth-and-2 from the Niners’ 35-yard line, Detroit’s Jamaal Williams fails to run for a first down.

As a heavy underdog in his first game, Campbell elected to go for it in both fourth-down situations where it was recommended on his first two drives. Campbell had a 57 percent chance of converting on this one, and although the play was unsuccessful, our model agreed with the decision (by 0.6 percent effect on win probability).

FIRST QUARTER: With 0:10 remaining and the Lions (trailing 7-0) facing fourth-and-1 from the Niners’ 17-yard line, Detroit’s Jared Goff completes a 7-yard pass to Tyrell Williams for the first down.

Detroit’s earlier failure did not affect Campbell’s decision here, which the NGS Decision Guide once again agreed with, this time by a 1.4 percent increase in win probability value. The Lions would go on to score three plays later, tying the game at 7. And while the game got away from them for awhile (San Francisco led 38-10 midway through the third quarter), they did manage to claw their way back from that deficit to get within one score. Note that when Detroit had a win probability higher than 10 percent (in non-obvious go for it situations), Campbell got all four of his fourth-down decisions right.

Last week, we identified the Browns’ head coach as the most optimal decision-maker from the 2020 season when the numbers said go for it. Opening the 2021 season against one of NFL history’s most prolific offenses, aggressive play-calling was paramount if the Browns were to keep up.

FIRST QUARTER: With 9:18 remaining and the Browns (no score) facing fourth-and-3 from the Chiefs’ 15-yard line, Cleveland’s Baker Mayfield completes a 5-yard pass to Austin Hooper for the first down.

Stefanski’s aggressive style was front-and-center on the Browns’ opening drive. In this situation, in fact, our numbers said kicking a field goal was the optimal decision (by 1 percent), although that was more of a toss-up than a true recommendation. Cleveland went on to score a TD two plays later. After drawing an encroachment penalty on their extra-point attempt, Stefanski sharply accepted the penalty and went for 2 (successfully). According to our 2-point model, Stefanski and Co. should go for 2 if the conversion probability is greater than 49 percent. In this case, the number jumped from 53 percent to 65 percent.

SECOND QUARTER: With 13:33 remaining and the Browns (leading 8-3) facing fourth-and-1 from the Chiefs’ 5-yard line, Cleveland’s Jarvis Landry scores a touchdown on a Jet sweep.

This was a much more obvious go-for-it situation as recommended by the NGS Decision Guide (+4.8 percent increase in win probability). With Stefanski sending Landry in motion, the offense had a 74.7 percent chance of gaining a first down at handoff, according to our Expected Rush Yards model. Landry took the space the play call gave him and then some, bouncing off multiple defenders to give Cleveland a 15-3 lead. This was an optimal play design for the given situation, when you break down the numbers.

The Browns came up short this game — but it wasn’t because their coach wasn’t aggressive enough.

The Bengals’ coach’s Week 1 decision-making was something of a mixed bag — while he came through in overtime, Cincinnati could have won it in regulation.

Given that Minnesota was out of timeouts, a first-down conversion here could have theoretically ended the game. With a 50 percent chance of converting in that situation, our model recommended a strong go for it, by 5.6 percent in expected win value. But Taylor stayed conservative and punted. Though the Vikings were pinned at their own 5-yard line, Kirk Cousins and the offense marched downfield in under 1:50 to set up a 53-yard field goal, sending the game into overtime.

OVERTIME: With 0:39 remaining and the Bengals (tied at 24) facing fourth-and-1 from their own 48, Cincinnati’s Joe Burrow completes a 32-yard pass to C.J. Uzomah for the first down.

Interestingly, in this specific case, given the risk of a failed go for it attempt, the model actually favored a punt by 2.2 percent. If the Bengals converted — as they did — their odds of winning jumped to 59 percent. If they would have failed? The odds would have dropped to 40 percent. Taylor opted against a tie and made the go for it call, paving the way for a game-winning kick.

If there was a pattern in Taylor’s decision-making, it was this: go for it in fourth-and-1 situations. Out of 11 fourth-down situations, three were fourth-and-1, and the Bengals kept the offense on the field in all three. On the other eight, they kicked. Our model finds most 1-yard-to-go situations are go for it scenarios, though it does depend on the situation.