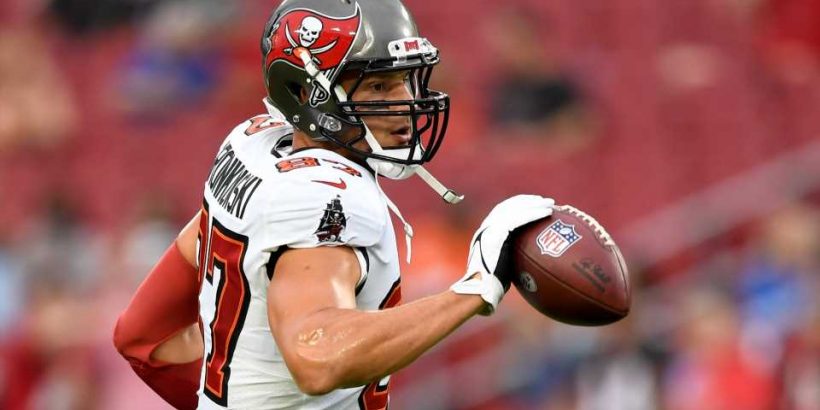 Rob Gronkowski hasn’t played since Week 3 of the 2021 NFL season. He won’t return to the field in Week 6 either.

The Buccaneers have already ruled Gronkowski out for their “Thursday Night Football” game against the Eagles. It marks the third consecutive game that Gronkowski will miss as a result of an injury he suffered against the Rams.

Gronkowski got hurt after he was hit hard while making a catch against Los Angeles. He went to the locker room after the play.

He would eventually return to the game, but it’s amazing that he did. His injuries were of a particularly brutal variety.

What is Rob Gronkowski’s injury?

Gronkowski told Fox Sports’ Jay Glazer that he had suffered “four cracked ribs, one broken rib and a punctured lung” on that play against the Rams. Despite all that, the Bucs elected not to put him on IR.

In fact, the Buccaneers thought that Gronkowski may be able to suit up to play against his former team, the Patriots, in Week 4. That’s part of why the team elected not to put him on injured reserve.

“We held out hope all week that Gronk would be ready,” a team source told ESPN. “He’s a different breed.”

Gronkowski never made quite enough progress to play. As such, the team held him out for the team’s win over the Patriots and he missed the team’s Week 5 victory over the Dolphins as well.

JON GRUDEN RESIGNS: Explaining the emails that led to him leaving the Raiders

How long is Rob Gronkowski out?

Gronkowski has now missed three games, the minimum required amount to miss for players on IR, but it doesn’t seem like he’ll miss many more.

Bucs coach Bruce Arians said that Gronkowski was “very close” to returning at Monday’s media availability. He then said Gronk was making “really good progress” the following day. However, the Bucs evidently didn’t feel comfortable enough to play him on a short week, and that’s why they ruled him out.

It seems like Gronkowski should have a good chance to return to the Bucs’ lineup in Week 7 given Arians’ recent comments. His status will bear watching when the Buccaneers return to practice after their brief time off following Thursday’s game.