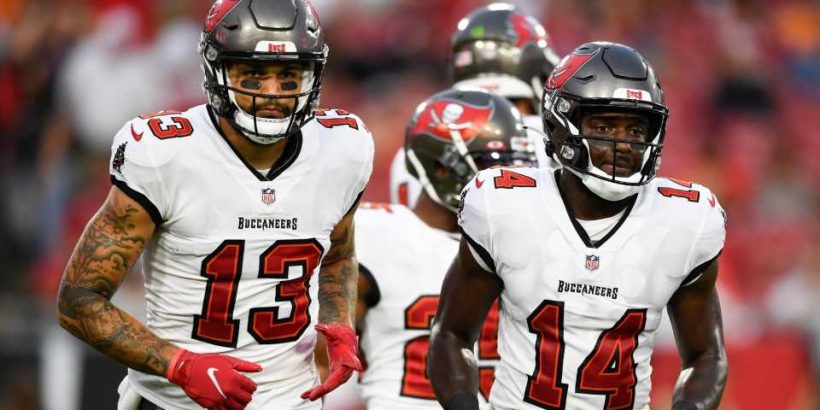 The start time for Thursday night’s 2021 NFL season opener between the Cowboys and Buccaneers is the same as the start for every Thursday night game on the NFL’s schedule this year.

The first NFL game of the season will kick off at 8:20 p.m. ET. It will air on NBC — which is broadcasting its 16th consecutive NFL season opener — and will be preceded by a pregame show that starts at 7 p.m. That will allow fans plenty of time to get ready for the action.

The pregame could be quite fun as well. The Buccaneers will be celebrating a Super Bowl victory in front of their home crowd at Raymond James Stadium in Tampa, Fla. The team sold out its season tickets for 2021 long ago and figures to play to a packed house.

Last year, the 24,835 fans at the Super Bowl was the largest crowd to which they played due to COVID; this year, expect more of the 65,890 seats in the stadium to be filled.

Below is everything to know about the TV schedule for the NFL season-opener between the Cowboys and the Buccaneers, plus a look at the rest of Week 1.

What time is the NFL game tonight?

Throughout the season, all Thursday night games will kick off at 8:20 p.m. ET. The only Thursday with day games will be Thanksgiving, per usual.

Cowboys vs. Buccaneers will be played at Raymond James Stadium, both the home of the Buccaneers and the location at which they won Super Bowl 55.

What channel is Cowboys vs. Buccaneers on today?

Cowboys vs. Buccaneers will be broadcast on NBC. Al Michaels (play-by-play), Cris Collinsworth (color analyst) and Michele Tafoya (sidleine reporter) will be on the call as NBC’s “Sunday Night Football” team for 2021.

Below are the top TV markets in the United States and the NBC affiliate/TV channel for each.

Streamers will be able to watch the game via NBCSports.com, the Fox NBC Sports app or by using fuboTV,  which comes with a seven-day free trial.

Meanwhile, viewers in Canada can watch the game exclusively on DAZN with a subscription.

WEEK 1 NFL PICKS: Straight up | Against the spread

The 2021 NFL season-opener is being broadcast on NBC, so the game will be available to stream live on NBCSports.com. This should be the preferred streaming method for cable/satellite subscribers that can’t get in front of a TV.

Cord-cutters will have plenty of options to watch the Cowboys vs. Buccaneers game. They are as follows.

Per usual, Week 1 of the NFL season will begin with a Thursday night game featuring the reigning Super Bowl champions. However, there is no “Monday Night Football” doubleheader this year, a departure of recent tradition for the NFL. The Raiders will host the Ravens in the lone Monday night game at Allegiant Stadium in Las Vegas.

The other prime-time game this week features the new-look Rams playing host to the Bears. Matthew Stafford will see a familiar foe quarterbacked by a new face, Andy Dalton.

Below is the complete Week 1 schedule for the start of the 2021 NFL season.