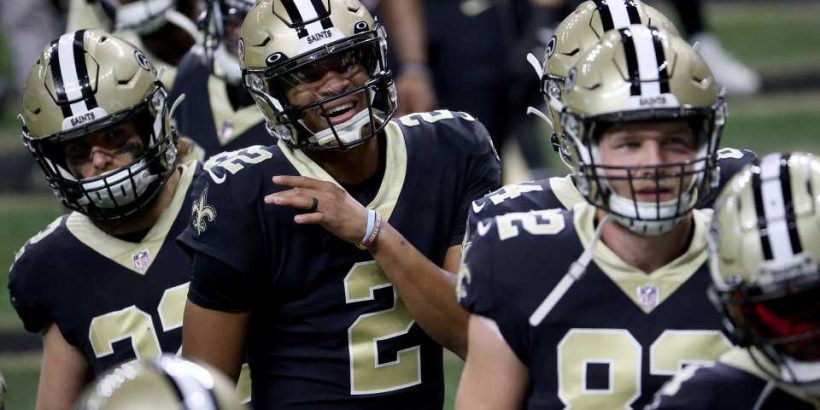 The Saints were set to play their first home game of the season in NFL Week 1. However, their game against the Packers will take place at a neutral site.

The NFC foes will square off in Jacksonville instead of New Orleans. The Jaguars are on the road taking on the Texans, so they were gracious enough to lend their stadium to the Saints for a week.

But why are the Saints playing in Jacksonville? And when might they return to New Orleans? Here’s what you need to know about the Saints’ plans for the first month of the 2021 NFL season.

Why are the Saints and Packers playing in Jacksonville?

The Saints vs. Packers game is being played in Jacksonville after Hurricane Ida hit New Orleans. The storm knocked out power in the city for quite a while and caused bad flooding. It caused nearly $95 billion in economic impact damage, per CNBC, and the city is still being repaired in its wake.

As a result, the Saints set up a contingency plan to play in Jacksonville. The plans were first leaked on Sept. 1, so the teams both had plenty of time to prepare for this contest.

“The decision to move the game to Jacksonville provides the city of New Orleans the greatest ability to continue storm clean up procedures and allow the city’s infrastructure to recover and allow all resources to be directed towards the most expedient recovery possible,” the NFL wrote in a statement.

Why did the Saints choose to play in Jacksonville?

The Saints weighed a variety of variables when choosing to play in Jacksonville, per NOLA.com’s Jeff Duncan. Two stand out above all else.

Aaron Rodgers has struggled when playing in Florida during his career. He has a record of 3-4 playing in the state with a QB rating of 78.1. That doesn’t guarantee that he’ll play poorly, but it is a worthwhile trend.

The heat could slow down the Packers just a little bit, and the Saints are doing everything they can to make that happen. That’s why they decided to wear their road uniforms for the game. The Saints will wear white while the Packers will wear dark green, which will absorb more heat in the Florida sun.

The Saints also examined which of the three Florida NFL stadium locations — Miami, Tampa Bay and Jacksonville — would be the most advantageous for them. They decided on Jacksonville because it was not as much of a destination as Miami and wasn’t in a city occupied by their NFC South rivals (Tampa Bay). Jacksonville was the most neutral and the most expensive for Packers fans to attend.

So, the Saints put a lot of thought into this choice. It will be interesting to see if their extra work pays off.

When can the Saints return to New Orleans?

The Saints aren’t scheduled to play another home game until Week 4. They play on the road against the Panthers and Patriots in Weeks 2 and 3.

Will the Saints be able to return to New Orleans for their official home opener against the Giants? Mayor LaToya Cantrell said that should happen.

So, if all goes well, the Saints will miss just one home game this season.