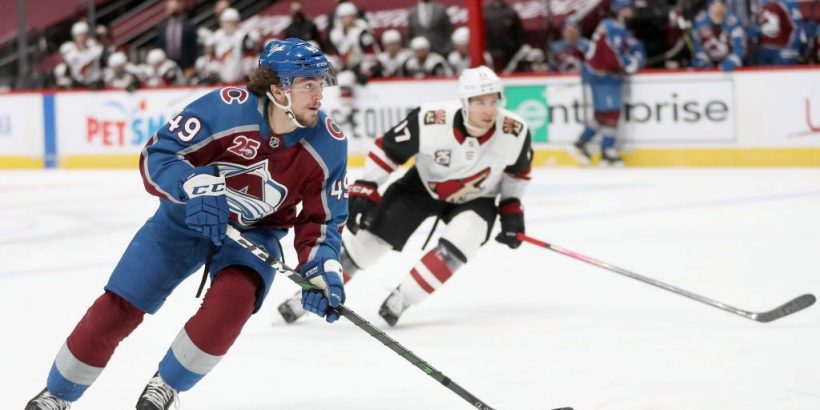 The Avalanche outshot the Arizona Coyotes 46-14 on Wednesday but needed an overtime goal from Gabe Landeskog to win 2-1 and collect the much-deserved two points. The game story is here.

Shots differential. The Avs’ 46 shots were their most since Jan. 20, 2020, against the Detroit Red Wings (also 46), and the plus-32 differential against Arizona was a club record and the largest in the NHL this season.

Colorado’s previous record-high shots differential was plus-31 on March 5, 1996, against the San Jose Sharks, who were was outshot 57-26.

The Avs outshot the Coyotes 81-28 in the two-game set; Arizona eeked out a 3-2 victory Monday despite being outshot 35-14.

“You think about how well you’re playing and when you play periods like that, string them together back-to-back and play a full 60 minutes, the odds are you’re going to win more than you lose” Avs winger Brandon Saad said after Wednesday’s victory. “Regardless of how the series goes or one game goes, that’s the standard of how we want to play every game.”

Championship defense. The Avs held their opponent under 30 shots for the 14th consecutive game, tying the 2000-01 Stanley Cup-winning team for the club record.

But given that this year’s Avs tied the record by allowing just 14 shots in consecutive games, that adds special meaning to the feat.

“Gru, Gru.” Goalie Philipp Grubauer made two breakaway saves in the third period to keep the score 1-1. Top young Coyotes forwards Clayton Keller and Nick Schmaltz were both denied by Grubauer to prevent the Avalanche from falling behind in a game it dominated.

Grubauer wasn’t made available after the game and those talking weren’t asked about him, but clearly, he was the unsung player of the game.

MacKinnon factor. Avalanche star center Nathan MacKinnon returned from a three-game injury absence and was a major factor for the club’s stellar two-way play. When he was on the ice at even-strength, the Avs outshot the Coyotes 20-2.

MacKinnon didn’t have a point but produced 10 shots in a season-high 24:44 of ice time. He and his regular linemates (Landeskog, Mikko Rantanen) finish with 19 shots but MacKinnon also double-shifted and played between wingers Valeri Nichushkin and Joonas Donskoi.

G man. Defenseman Sam Girard, who goes by G, logged a career-high 29:33 and assisted on Landeskog’s game-winning OT goal. Girard has stepped up his game admirably since defenseman Cale Makar was injured Feb. 26 at Arizona. Makar, who normally is the Avs’ ice-time leader, missed his seventh straight game Wednesday.

Colorado was a dismal 0-for-5 on the power play and Girard was the quarterback on the top unit, logging 6:34, but he wasn’t the problem.