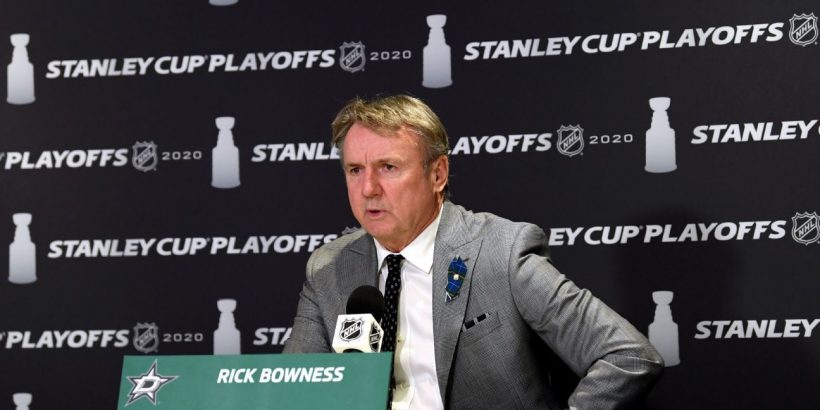 The Winnipeg Jets on Sunday named Rick Bowness as the eighth head coach in the franchise’s history.

He becomes the Jets’ third head coach since the franchise relocated from Atlanta in 2011.

“We’re very excited to hire Rick Bowness as the third head coach of Jets 2.0,” Jets general manager Kevin Cheveldayoff said in a statement. “Rick brings a wealth of experience and knowledge, both in the NHL coaching ranks and as a player and coach in the city of Winnipeg. Rick is a fantastic hockey mind and an even better person and we’re confident he will lead this team to new heights.”

Bowness, 67, started his coaching career with the Jets, culminating in 28 games running the bench to close the 1988-89 season. The former right wing ended his NHL playing career with Winnipeg in the 1982 playoffs.

“I’m tremendously excited to be returning to Winnipeg,” Bowness said in a statement. “I’m appreciative of this chance presented to me by Kevin Cheveldayoff, Mark Chipman and the ownership group. We have an exciting group of talented young players with the Jets. So now my focus immediately turns to what it will take to get back into the Stanley Cup playoffs.”

Bowness spent most of the past three NHL seasons coaching the Dallas Stars. He led them to the 2020 Stanley Cup Final in the playoff bubble in Edmonton, where the Stars lost to the Tampa Bay Lightning. The Stars lost to Calgary in overtime of Game 7 in the first round of the playoff this year.

While Bowness was not under contract past this season, he said he was stepping away from the Stars to “allow the organization the opportunity to pursue a different direction at the head coaching position.″