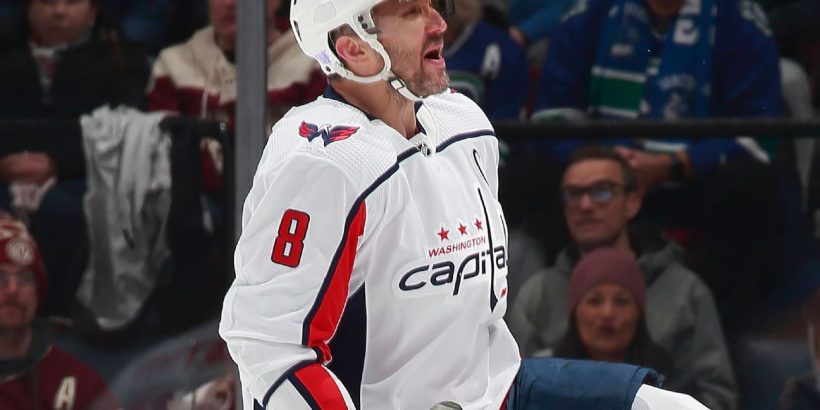 Ovechkin’s tallies against the Vancouver Canucks were the 402nd and 403rd on the road in his 18-year career, passing Hall of Famer Wayne Gretzky for the most on visiting ice in NHL history.

It also marked Ovechkin’s second multi-goal game this season and 160th of his career. Only Gretzky, who retired with 189, has more multi-goal games in NHL history.

Beating Vancouver goaltender Spencer Martin for the first time in his career, Ovechkin, 37, opened the scoring with an unassisted goal 5:35 into the period. He followed that up at the 11:52 mark with his 13th goal of the season. That tally was assisted by forwards Dylan Strome and Anthony Mantha. Washington led, 3-1, after the first period.

Earlier this month, Ovechkin set the NHL record for most goals scored with one franchise, netting his 787th career goal with the Capitals, breaking a tie with Hall of Famer Gordie Howe’s career total with the Detroit Red Wings. The record-breaking goal came on home ice in a 3-2 loss to the Arizona Coyotes Nov. 5.

The Capitals have struggled this season in a clogged Eastern Conference, but their woes have not slowed Ovechkin. He entered Tuesday night as the team’s leading scorer with 21 points, and his 20:57 time-on-ice average was tops among Washington forwards.

The Capitals entered the game, having won two of their last three.