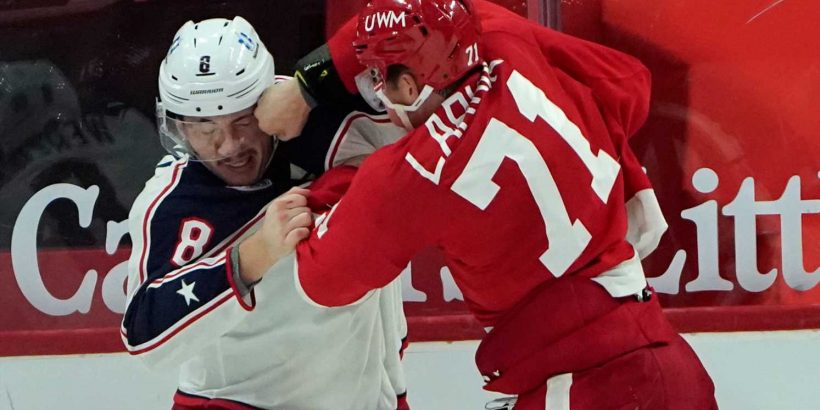 Dylan Larkin and Zach Werenski are good friends, having been roommates while playing for the University of Michigan.

In fact, the Detroit Red Wings' Larkin had left tickets for Werenski's parents when the Columbus Blue Jackets came to town on Monday afternoon.

But when emotions flared late in the Blue Jackets' 3-2 win, they found themselves fighting.

Red Wings and Blue Jackets players went after each other.

"I was kind of late to the pile," Larkin told reporters. "I didn't like it, and I think as I tried to jump in, I elbowed Zach, and that didn't make him happy, and we fought."

So Dylan Larkin gave his best friend Zach Werenski’s parents tickets to this game and then they fought #LGRWpic.twitter.com/gz1HFwsnTE

They threw a couple punches, but also smiled at each other.

"We were laughing a little," Werenski said. "We weren’t holding back. I was trying to win the fight, and I think he was as well."

Werenski said his phone was blowing up after the game with texts from his friends.

"I'm going to have to get a picture of it blown up and framed in my house," he said.