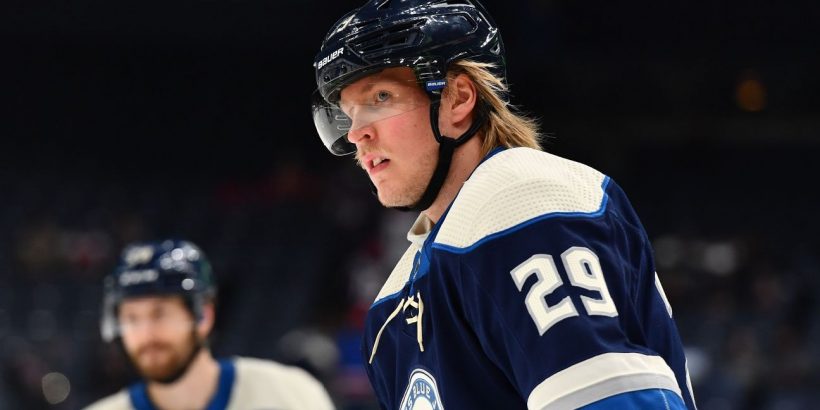 The Columbus Blue Jackets and forward Patrik Laine have agreed to a four-year extension worth $34.8 million, the team announced Friday.

The extension carries an average annual value of $8.7 million and keeps Laine in Columbus through the 2025-26 season.

Laine, the second overall pick in the 2016 draft, was traded by the Winnipeg Jets to the Blue Jackets during the 2020-21 season. In his first full season with Columbus last year, Laine tallied 56 points (26 goals, 30 assists) in 56 games.

The 24-year-old from Finland was a restricted free agent this offseason.

“One of our priorities this summer was signing Patrik Laine to a contract extension. He is a special player, one of the truly elite goal scorers in the National Hockey League, and he has fit in extremely well with our group since his arrival,” general manager Jarmo Kekäläinen said in a statement Friday. “He is an integral part of the team we are building in Columbus, and we couldn’t be happier that he will continue to be a Blue Jacket for the foreseeable future.”

Columbus made a big splash on the first day of free agency by signing unrestricted free agent forward Johnny Gaudreau to a seven-year, $68.25 million deal.

With Laine on the right side of the ice and Gaudreau on the left, the Blue Jackets will look to reach the playoffs for the first time since the 2019-20 season.