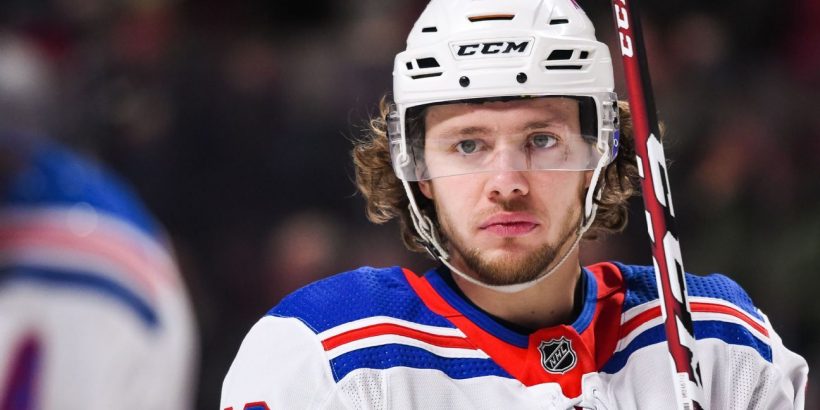 The Kontinental Hockey League says it has “not been aware of or received a complaint in relation to any incident involving Artemi Panarin in December 2011.”

In a statement to ESPN, the KHL said that if the league had received any complaint, it would have investigated, “as we take any allegations of misconduct incredibly seriously.”

Two days ago, Panarin took a leave of absence from the New York Rangers after an allegation from one of his former KHL coaches, Andrei Nazarov.

Nazarov, the former Vityaz coach, told a Russian newspaper that while his team was on a road trip to Riga, Latvia, in 2011, Panarin got into a physical altercation with an 18-year-old woman. In his interview, Nazarov said Panarin “sent her to the floor with several powerful blows.” He also said that a criminal case was opened but that local police were paid 40,000 euros to cover it up.

Panarin, 29, remains at home in Connecticut, according to sources, and doesn’t have any plans to return to Russia right now. There is no timetable for his return to the Rangers, who face the Flyers Wednesday night in Philadelphia, though he is being paid through his leave.

The Rangers organization remains steadfast in its support for the star winger — a runner-up for the Hart Trophy as league MVP last season — whom they say is “shaken and concerned” by the allegations. In a statement Monday, the Rangers called Nazarov’s claims “clearly an intimidation tactic being used against (Panarin) for being outspoken on recent political events.”

Since Panarin went on leave, there has been no corroborating evidence, court or police records to support Nazarov’s allegations, nor has a victim come forward.

ESPN spoke with two of Panarin’s teammates from the 2011 Vityaz team. Kip Brennan said he didn’t “hear or know of anything like that happening.” Jon Mirasty, who called Nazarov a “good guy” and said he enjoyed playing for the coach, was also skeptical.

“I barely think anything like that would’ve happened and I’m sure I would’ve heard about it,” Mirasty said. “And I don’t understand why it would be brought up 10 years later. Sounds like a hoax to me.”

Another teammate, Mikhail Ansin, told Russian outlet Sports-Express on Wednesday that there was an incident in Riga, Latvia, in 2011 involving Panarin, but it did not play out how Nazarov depicted. Ansin said the incident took place at a karaoke bar.

“Artemi didn’t beat anyone, maybe pushed one girl a little bit, nothing more,” Ansin told Sports-Express. Ansin also said police came to the team hotel, but left after determining the incident did not warrant charges.

Ansin also disputed the claim about police being paid off, saying the players at the time didn’t have that type of money.

The NHL is looking into the allegations, according to deputy commissioner Bill Daly. The NHL is the only of the four major North American professional sports leagues without a specific domestic violence policy, handling cases on an individual basis. It would be uncharacteristic of the NHL to punish Panarin without corroborating evidence, police or court records, or a victim coming forward.

It is unclear what prompted Nazarov to speak out now. The Rangers believe his comments are in response to Panarin’s Instagram post last month, where he posted support for Russian opposition leader Alexei Navalny. Panarin has previously been outspoken about political issues in his home country, and has been critical of Russian President Vladimir Putin in the past. Nazarov is a known supporter of Putin.

Nazarov, who played in 571 NHL games, is not currently coaching a team. He last worked with a KHL club in 2018.

Panarin, who signed an $81.5 million, seven-year contract with New York in 2019, typically spends his offseasons in Russia and still has family there, including his grandparents.

It has been a dramatic season for the Rangers. The team placed defenseman Tony DeAngelo on waivers last month — and have ordered him to stay at home until they can find a trade partner — after he got into a physical altercation with goalie Alexandar Gerogiev following a loss.

“I jokingly said to [rookie] Alexis [Lafrenière] that he’s seen more — for lack of a better term — drama and just generally wild, unorthodox things happening in the first two months of the season than I’ve experienced over the last decade or so,” veteran Chris Kreider said Tuesday. “I guess that’s just the state of the world. It’s been strange.”