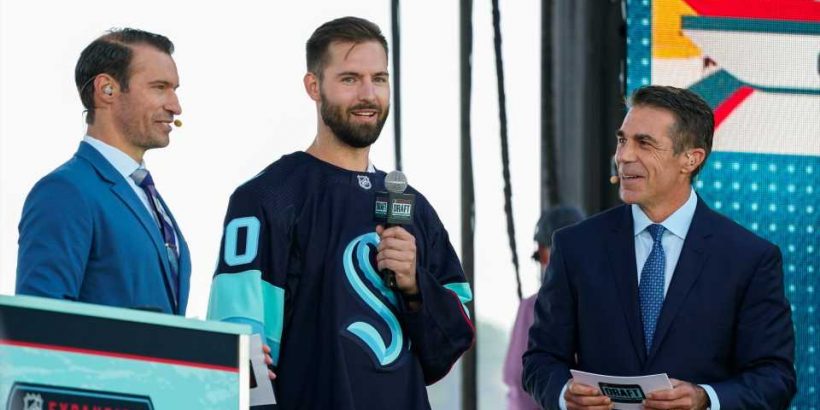 The NHL’s newest franchise hits the ice for its inaugural season’s opener on Tuesday night against the Golden Knights. Tons of questions abound for this club based out of the Pacific Northwest, none bigger than, “How will they do?” Will they be like the expansion teams of old who struggle night in and night out? Or will they take after their first opponent, Vegas, and make a deep Stanley Cup run?

Here’s everything you need to know about the Kraken.

When is the Kraken’s first NHL game?

In the night capper for the NHL’s return to ESPN, the Golden Knights will host the Kraken in their first ever game. John Buccigross will take care of play-by-play duties, while Brian Boucher will serve as an analyst. AJ Mleczko will act as rinkside reporter, and Linda Cohn and Kevin Weekes will be in studio.

When is the Kraken’s home opener?

The NHL’s next great rivalry gets underway at Climate Pledge Arena as these teams, separated by just 142 miles, go toe-to-toe.

Who is the Kraken’s captain?

They may be a young franchise, but the team has one of the strongest leadership groups in the league. Mark Giordano, the ex-Flames captain, has been handed the first “C” in team history. He’ll have Jordan Eberle, Yanni Gourde, Adam Larsson and Jaden Schwartz as alternate captains.

The following players are on the injured and/or non-roster list: