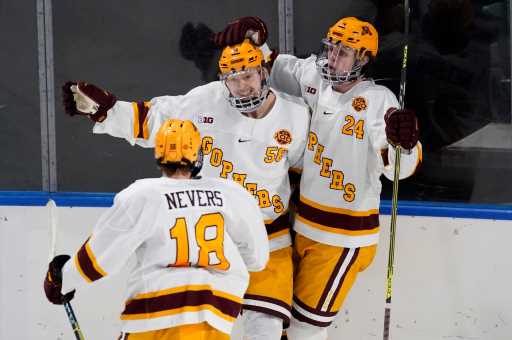 The Avalanche has signed forward Sampo Ranta of the University of Minnesota to his three-year, entry-level contract, the NHL team announced Saturday.

Ranta, 20, who played for Finland at the 2020 World Juniors, was the Avs’ third-round pick (78th overall) in 2018. The Golden Gophers fell 4-0 to Minnesota State in last week’s regional title game in Loveland to end Ranta’s junior season.

Ranta was second in NCAA goal-scoring this season with 19. He was named to the All-Big Ten first team and finished with 67 points (37 goals) and a plus-27 rating in 102 career NCAA games.

Ranta will begin his pro career with the AHL’s Colorado Eagles, where he can continue to develop this season. Ranta will become teammates with 2019 first-round pick Alex Newhook, the former Boston College sophomore forward who signed with the Avs last week. Newhook, 20, is also with the Eagles.