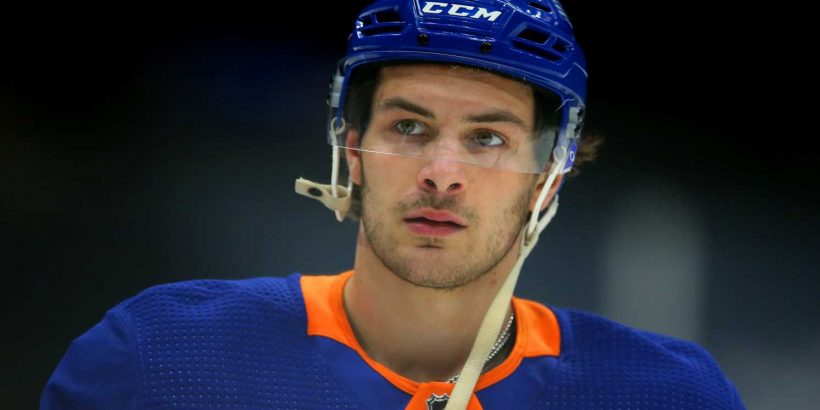 Mathew Barzal might feel that one in the morning.

Game 4 of the East Division series between the Boston Bruins and New York Islanders had already been chippy, with several skirmishes and fisticuffs atypical of a postseason matchup. At 11:16 of the second period, the Bruins’ David Krejci was whistled for a penalty after using his stick to, seemingly on purpose, hit Barzal in the groin.

The referees originally whistled Krejci for a major but switched it to a two-minute slashing minor after a review.

Washington Capitals star Alex Ovechkin received a fine of $5,000 for a similar play – against Boston – earlier this season.

Krejci spears Barzal. It’s called as a major and reviewed, but becomes a slashing minor. pic.twitter.com/iWbywD6rXg

That amount is the maximum fine under the collective bargaining agreement. There is a chance Krejci could face the same financial sanction after the NHL Department of Player Safety reviews the play.

The NHL playoffs have not been without physicality. On Thursday, the NHL suspended Winnipeg Jets forward Mark Scheifele four games for a hit on the Montreal Canadiens' Jake Evans that resulted in Evans needing to be stretchered off the ice.

In the Vegas-Colorado series, Golden Knights forward Ryan Reeves was suspended for two games for his actions against Avalanche defenseman Ryan Graves during a scrum.