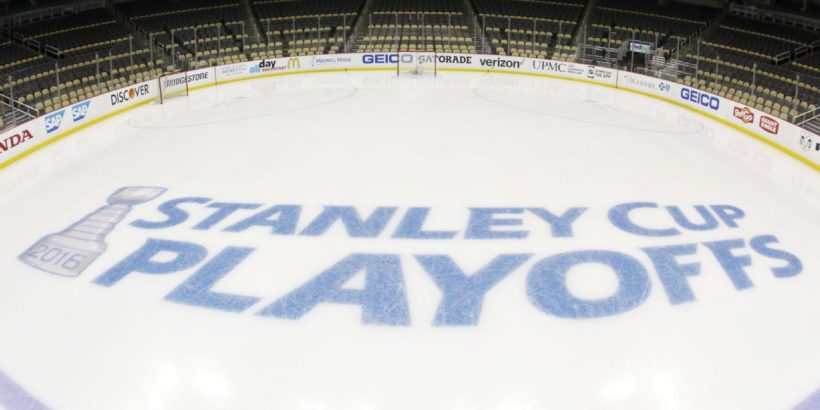 The NHL has told the Canadian government that it needs an answer on the Stanley Cup playoffs’ coronavirus-related border travel issue by June 1.

“The conversations are ongoing. We’ve told them we really do need to know by the end of the first round, and that’s around June 1. That’s pretty much the date that we’ve talked to them about, saying we have to know one way or another,” Steve Mayer, NHL chief content officer, told ESPN on Friday.

The first two rounds of the playoffs are played within each of the four realigned divisions created for the 2020-21 season, including the all-Canadian North Division. But in the third round, the final four teams play each other. Currently, U.S. teams would be prohibited from playing in Canada without mandatory quarantines that would be impossible within the postseason calendar. The lone Canadian team remaining would either travel back and forth across the border against a U.S. opponent in the semifinals or, instead of playing its home games in Canada, would be housed in a U.S.-based arena for the semifinals (and the finals, if it advances).

The last conversation between the NHL and the Canadian government was last Friday, when government officials gave the NHL a list of questions to be answered before the next session.

Mayer said the league has had talks with a couple of U.S.-based arenas about housing a Canadian team. Those arenas are home to non-playoff NHL teams. Mayer said the list would expand after the first round, when the playoff field goes from 16 teams down to eight.

The end of the first round also might make for easier negotiations with the Canadian government. The North Division playoff field covers four provinces — Edmonton (Alberta) is playing Winnipeg (Manitoba), and Toronto (Ontario) faces Montreal (Quebec). “Pretty soon it’s going to be two. So if there’s someone on the fence and that province goes away, it might be easier,” Mayer said.

The NHL has felt that it could get a travel dispensation from the Canadian government based on how stringent its COVID protocols have been this season, and as more players and team staffers get vaccinated. To encourage the latter, the NHL announced this month that COVID restrictions would be eased for U.S. teams once 85% of a traveling party is fully vaccinated. That would mean looser social distancing guidelines within team settings and not having to undergo PCR testing on off-days.

Isaac Bogoch, an infectious disease specialist at Toronto General Hospital who has consulted with the NHLPA, told ESPN last month that the issue is one not of “public health” or “player safety” but of “optics” for the Canadian government.

Mayer said the NHL would ease concerns with “a level of bubbling we’ll just have to promise” if the teams are permitted to travel to and from Canada. While the guidelines likely wouldn’t reach the lockdown measures of the 2020 NHL postseason bubbles in Toronto and Edmonton, they would separate both teams from the general public.

An NHL source told ESPN this week that the league expects “a positive resolution” to the border issue before the third round of the playoffs, which is something Mayer echoed.

“We’re pretty confident. The conversations have been good ones with them. We’re not there yet, but they haven’t said ‘no,'” he said.