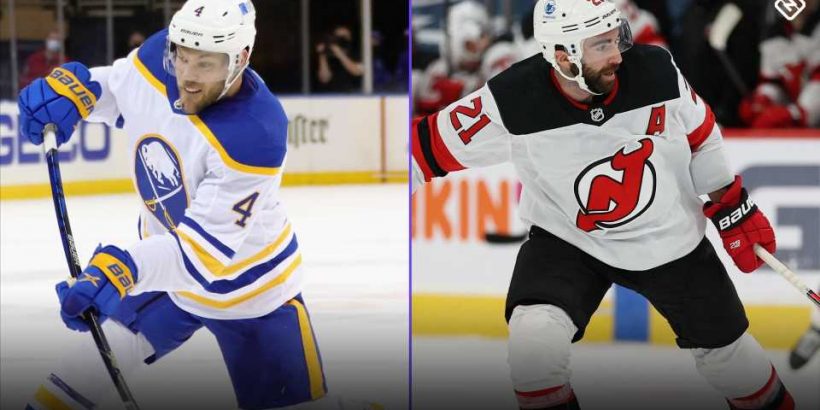 The 2021 NHL season has been different, to say the least, but there’s at least one constant happening — the trade deadline. Yet despite the normalcy of the annual event, this year it could be anything but.

With approximately a month left in the season, teams are quickly deciding if they’re a Stanley Cup contender or a Stanley Cup pretender, buying or selling depending on their answer. While more than 30 trades went through before the 3 p.m. ET deadline last February, there’s a good chance the number of deals this April won’t be anywhere close to that high.

With teams only playing in a 7-8 team division — and every game being a potential four-point swing — a number of teams are on the cusp of a postseason berth. General managers must also take into consideration protection lists with the upcoming expansion draft (July 21) while their capologists try to figure out how a move will impact the salary cap.

Then, there are the quarantines.

There’s a number of elements that could sway swapping players in 2021. Here’s everything you need to know ahead of the 2021 NHL trade deadline:

The NHL’s trade window closes at 3 p.m. ET, but swapping may be announced afterward as long as the NHL is in the loop.

How can the salary cap impact the 2021 NHL trade deadline?

If you’re a fan of the NHL, you’ve heard all about this year’s flat $81.5 million salary cap due to the COVID-19 pandemic. That has created a kerfuffle for front offices as they try to figure out nightly rosters. According to CapFriendly, 19 teams will have less than $1 million of cap space next season — 10 teams have no space — which impacts how quickly a GM will pull the trigger.

“There’s so much unknown because of the cap,” New York Islanders GM Lou Lamoriello said, per The Associated Press’ Stephen Whyno. “The cap is going to be flat next year. So any contract that you take on that is more than one year is going to disrupt whatever you’re doing next year and will put you in worse shape. So that complicates the matter without the cap increases, but it’s the same for everyone.”

Of course, there are the one-year rental guys, such as Taylor Hall, who will be an unrestricted free agent this summer; however, teams will need to make sure they have room for his remaining daily cap hit of $2,275,862 as of April 6 ( per CapFriendly ). But having a guy who is only signed for the remainder of 2021 leaves room for the future.

“A lot of teams are in the same situation we’re in where they literally have no cap space or very, very little — not enough to add a player without subtracting,” said Lightning general manager Julien BriseBois during his midseason chat with reporters. “The teams that are kind of on the bubble, I don’t know how what’s ultimately going to guide their decisions. Are they going to try to add? Are they going to sell? Will there be more teams just standing pat? I don’t know, but it’s going to be interesting to find out.”

And then there are a few teams, such as the Flames, that have socked away some money — $416,000, according to Flames Nation’s Ryan Pike — by sending guys down and calling them back up from the taxi squad.

Due to the COVID-19 pandemic, players are required to quarantine for a specific number of days after traveling to their new city.

In the United States, the number of days is on a state-by-state basis. Brendan Lemieux, who was sent west from the Rangers to the Kings on March 27, was on the NHL’s COVID Protocol list from March 29 to April 4 and was able to practice with his new team for the first time on Monday.

Missing a new guy for a few days isn’t too bad, but a cross-border swap — or even a provincial one — is a little bit more of an issue. Any players who are sent north to one of the seven Canadian teams must follow a federally mandated quarantine for seven days. (It was 14 days, but was recently shortened to seven).

In addition, any player who is sent from one province to another and it’s not a short car ride (e.g. Jimmy Vesey’s drive from Toronto to Ottawa when he was picked off waivers by the Canucks) will need to quarantine (e.g., Travis Boyd, who was also a waiver pick-up by Vancouver).

That creates a bigger impact on a roster than on American teams. Plus, let’s not forget you’re trading with guys with whom you’re competing, for at least one season, for a playoff spot.

Who are the top targets at the NHL trade deadline?

The top trade targets seem to shift on a daily basis as teams add to the win-loss column. For now, two guys are definites to be sent packing from their current locale: Taylor Hall and Kyle Palmieri. Both have been healthy scratches — Hall for the Sabres game on April 6 (to start) and Palmieri, who hasn’t played since April 2.

There have been some rumblings north of the border that Sam Bennett, Derek Ryan and netminder David Rittich could be moved out of Calgary. Leafs GM Kyle Dubas said in mid-March that he was willing to trade a top prospect to acquire a player who could bolster his team’s 2021 Stanley Cup chances.

TSN’s Trade Bait board is littered with guys who will be UFAs — including top defenseman David Savard, who currently plays for the Blue Jackets. Needless to say, rental guys could be the main focus for a number of teams.