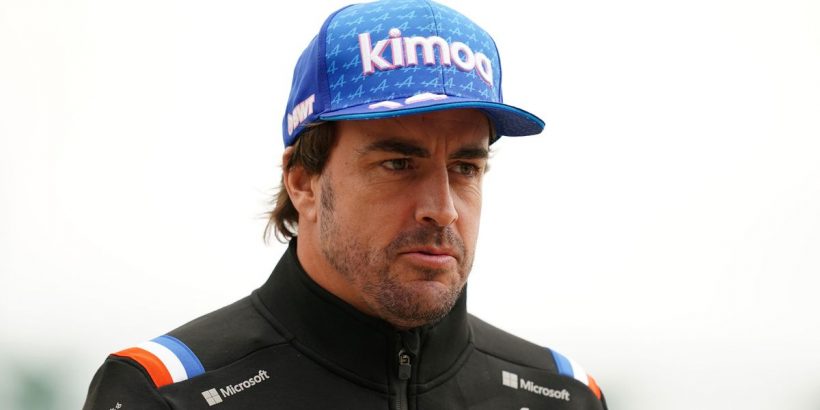 Fernando Alonso resorted to handing cash gifts in a desperate bid to get McLaren staff on his side during his year as Lewis Hamilton’s teammate, it has been claimed.

Having won back-to-back F1 titles with Renault in 2005 and 2006, Alonso moved to McLaren, where he thought he would be team leader while young rookie Hamilton would be a dutiful number two. Of course, that is not how it panned as Hamilton produced arguably the greatest debut season in F1 history, winning four races and going agonisingly close to winning the title.

As a result, Hamilton and Alonso feuded on and off the track with the atmosphere in the team turning increasingly toxic, to such an extent that the Spaniard left the team and returned to Renault at the end of the season. With the McLaren drivers at war, Ferrari’s Kimi Raikkonen was able to nip in and take the title at the final round in Brazil.

According to McLaren’s chief mechanic at the time, Marc Priestley, Alonso resorted to dubious means in an attempt to secure more support in what he saw as ‘Hamilton’s team’.

"One of Fernando's tactics is to try and bring the whole team over to his side of the garage," Priestley told the PitStop podcast. "He tries to wrestle control. There was a moment during 2007 when we had them both, where Fernando turned up at a race.

"I arrived and Fernando's manager, or his trainer, is handing out little brown envelopes stuffed with cash to everybody who wasn't on Lewis' car. So his team, the support team, I was running the t-car team, we all got these little brown envelopes and I remember opening up the envelope – there was like €1500 or something.

What's your favourite F1 driver feud of all time? Tell us in the comments section below.

"It was so dodgy, first of all you just get an unmarked brown envelope and I'm like 'thanks very much, what's that?' And the trainer wanders off and you're left with this thing and you open it up and it's literally just full of cash. You start looking around and your colleagues have all got them going 'have you opened yours? How much did you get?'

"All of a sudden this starts spreading around the team and the only people that didn't get them were Lewis' crew. In the end, the team obviously found out about it and made us donate the whole lot to charity which was fine, but it was a little insight into the two different mindsets.

"Lewis did different things, Lewis played little games with the media. They all did things wrong and things right, none of us are perfect, but they went about their strategy for being the best Formula 1 driver different, both achieved great results in their own different ways but they were very different approaches."

Alonso and the Spaniard's current F1 team Alpine both declined to comment when approached by Reach PLC.