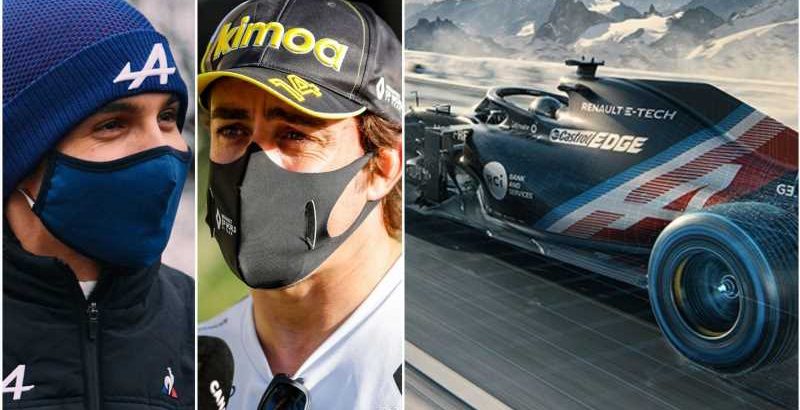 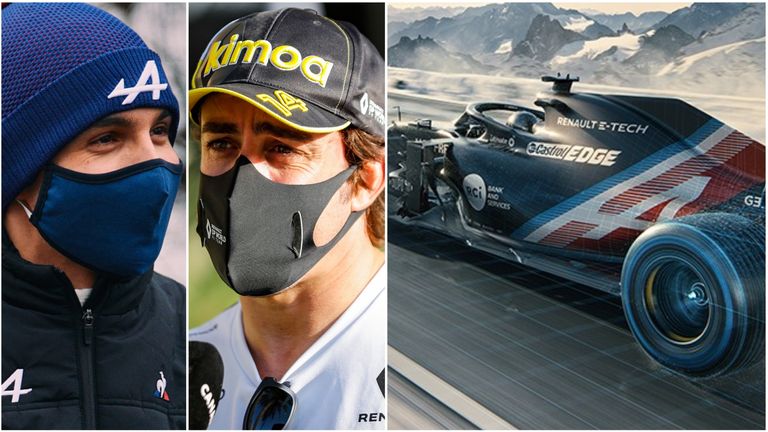 Why have Renault changed their name?

Renault are a well-recognised brand in F1, ranking sixth in terms of races started by teams (400) and racking up over 200 wins in the sport when considering their time as a manufacturer and engine supplier. But after five seasons back in F1 as Renault, the wider company have decided to switch their F1 focus with a rebrand and name change.

The Renault Group – who have spoken of a ‘Renaulution’ with sweeping changes to their strategy – want to promote the Alpine brand, a “symbol of French excellence”, as the high-performance end of its road-car range. And put simply, F1 is the perfect way to do just that.

That means you can get used to Alpine F1 being a team name on the grid, although it will still be a ‘Renault’ engine.

What exactly is Alpine?

Although a new name to F1, Alpine have made racing and sports cars since the 1950s and – after being bought by Renault in 1973 – have worked closely with their fellow French manufacturers since. The Alpine name has been used periodically for Renault’s rallying and endurance programmes, and an Alpine-Renault won the 1973 World Rally Championship, and the 1978 Le Mans 24 Hours.

Alpine ceased production in 1995 but the marque was revived in 2017, before Renault decided to give its brand the ultimate platform in F1.

Will there be a big change to the livery?

Renault have raced in yellow and black since returning to F1 in 2016, but the Alpine A521 will be one of the few cars on the grid this year with a major livery overhaul. A black ‘winter livery’ with the French tricolour flag colours, and an Alpine ‘A’, at the back of the car has already been teased – and it’s expected that there will be a brand-new, and predominantly blue, look at the launch. 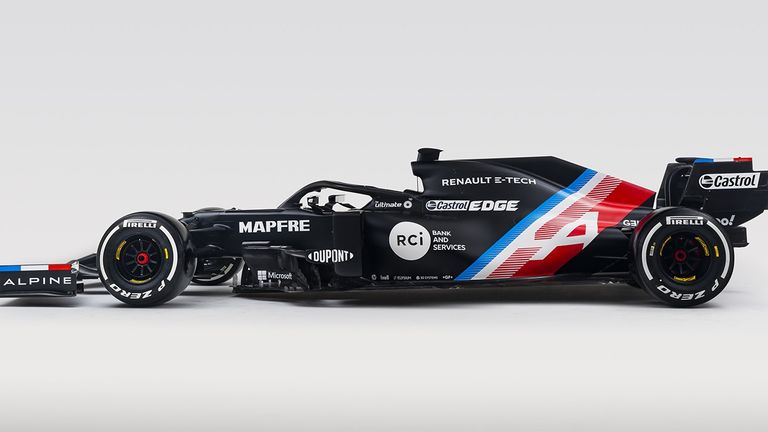 Why blue? Well, Renault’s Alpine motorsport cars have always been that colour, for one, while it has been made clear since Alpine’s 2021 place was confirmed that the French flag colours would be prominent on the new car. So, get ready for quite a bit of red and white on there, too.

A blue livery also makes sense given Alpine’s big winter signing, a certain double Renault F1 world champion this season who won his 2005 and 2006 crowns in that colour…

Who are the drivers?

Fernando Alonso returning to F1 after two years away is blockbuster for Alpine and gives them maximum prominence for their first season. Alonso is the ideal replacement for Daniel Ricciardo, who has left for McLaren, and partners Esteban Ocon – the Mercedes junior who didn’t quite hit the heights expected of him in his debut Renault season last year.

Alonso, now 39, may not have won a championship in 15 years, or a race in eight, but certainly seemed to be as skilled-as-ever behind the wheel during his last years in the sport with McLaren, has kept himself sharp in various other categories since 2019, and arrives back in F1 with the expectation that he will still be one of the grid’s fastest drivers. 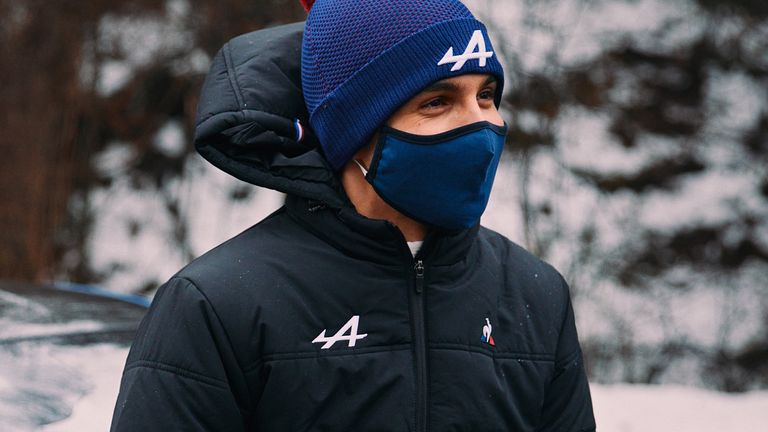 Right now, there is probably less fear about Alonso’s form on track than his physical condition. The Spaniard was involved in a nasty cycling accident earlier this month, leaving him with a broken jaw.

How is Alonso now, and will he be fit for the start of the season?

Alpine’s last update about Alonso came when he was discharged from hospital on February 15 and the team insist he will be ready for the new season on March 28. A fractured upper jaw usually takes around six weeks to fully heal, so they are probably right – but he will potentially be rather uncomfortable at pre-season testing on March 12-14.

Alonso, however, will also be absent from the car launch on Tuesday. The team say he will not travel to their UK Enstone base because “the sanitary situation and corresponding regulations in place do not allow him to do any communications and marketing activities while he undertakes his critical season preparation.”

What else is new with Alpine?

There isn’t just a new name, new colours and a new driver at Alpine- there’s also new F1 bosses as they launch their era. Gone, somewhat surprisingly after overseeing Renault’s project post-2016, is Cyril Abiteboul, with Laurent Rossi promoted from within the company to become the new Alpine F1 CEO. Marcin Budkowski continues as the team’s executive director while Alpine’s big winter hire was Davide Brivio, the former Suzuki MotoGP boss who arrives as racing director.

Alpine are launching their new car – the A521 – at 3pm on Tuesday and the unveiling will be live on Sky Sports F1 and digital platforms.

Ocon, Rossi, Budkowski and Brivio will all be at Enstone and while Alonso won’t be present – he is still expected to be a part of the event.