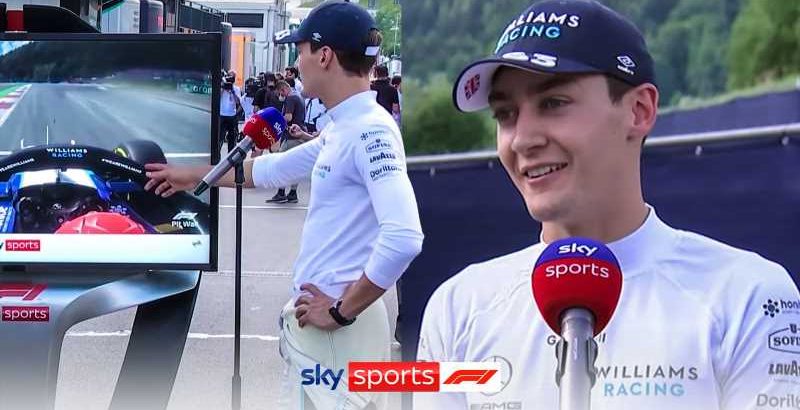 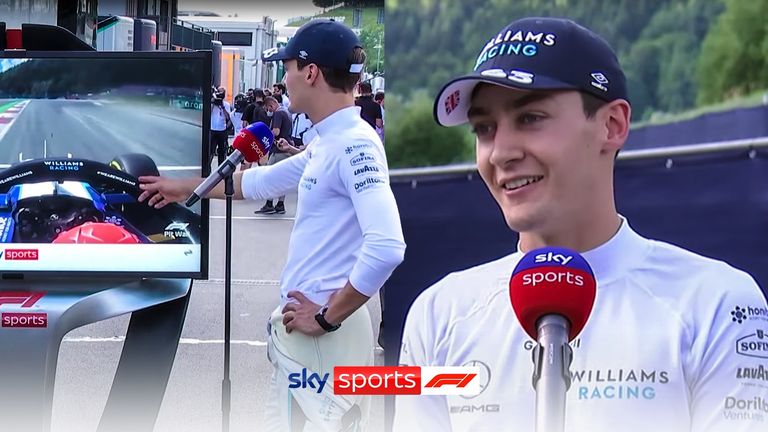 A “pumped up” George Russell has told Sky Sports F1 that he is confident of his first Williams points finish in Sunday’s Austrian GP after superbly delivering his car into the top-10 in qualifying.

Russell has often threatened to make it to Q3 in the Williams during his very promising three years in Formula 1 – and nearly did so last weekend at the same Red Bull Ring circuit – but Saturday was the first time he made it through to the final shootout.

He finished ninth and, highlighting his performance, Nicholas Latifi was knocked out in Q1 in the same Williams car.

“We often have good Saturdays but this was definitely on another level,” admitted Russell, who was running eighth in last week’s race before a reliability failure.

“Really deserved, especially after what happened last week. We thought we did a good job last week and we carried the momentum through.”

Russell has competed in 45 Grands Prix with Williams, and has yet to score a point with the Grove team who have propped up the F1 standings since his arrival.

But in another boost for Russell in Austria, he made it through to Q3 on the medium tyre – potentially giving him an advantage on others in the top-10 who qualified on the soft tyre, and will therefore after start on that less durable compound.

“Q3 in any circumstance is massive for us, let alone doing it on the mediums,” explained Russell to Sky F1’s Karun Chandhok at the SkyPad.

“I think I’ve never been that pumped up since winning a race three years ago [in Formula 2] now, so that was massive for us.”

He added on Sunday’s race: “Points have got to be a minimum. 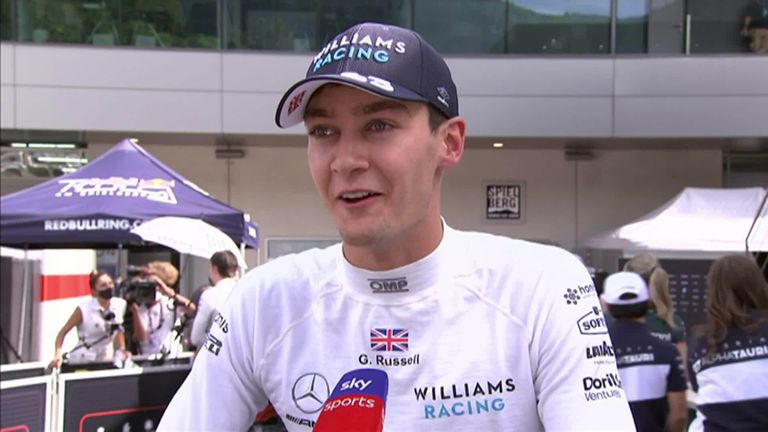 “We’re on the right strategy, we’ve got the flexibility to do a one-stop two-stop whereas the guys on the softs are going to be pretty locked in there I suspect or have a real difficult time in that first stint.

“Hopefully that gives me a bit of a margin to battle off the Ferraris a little bit further away and try and get forward. There’s no reason on the mediums why we can’t do that.”

Russell, a Mercedes junior on loan at Williams, is in the running for a 2022 seat with the current world champions, with Lewis Hamilton already confirmed to be staying with the team for another two years.

Valtteri Bottas is out of contract at the end of this season.