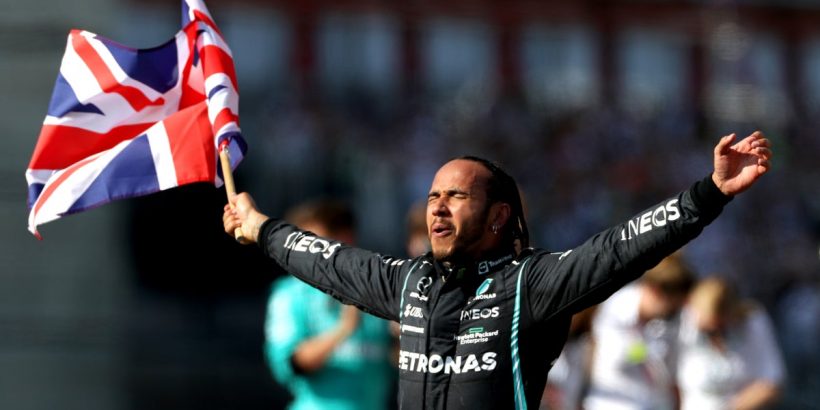 Lewis Hamilton won the Formula One British Grand Prix on Sunday after Max Verstappen crashed out on lap one after a coming-together with his title rival.

Championship leader Verstappen started in pole position at Silverstone after winning the inaugural F1 Sprint race on Saturday, but the Red Bull driver’s left rear tyre hit Hamilton’s front right tyre on the Copse corner on the opening lap, leading the Belgian to spin off the track and hit the barrier hard at approximately 180mph.

Verstappen, who had won the last three grands prix ahead of Sunday’s event, emerged from his wrecked car and was checked by medical staff before being transported to a local hospital.

In the immediate aftermath of the crash, which resulted in Hamilton receiving a 10-second penalty, Ferrari’s Charles Leclerc surged past the Briton and into the lead.

A red flag followed, leading to a 40-minute suspension of racing, but Leclerc retained his focus for a standing restart and would retain his lead for 49 laps. 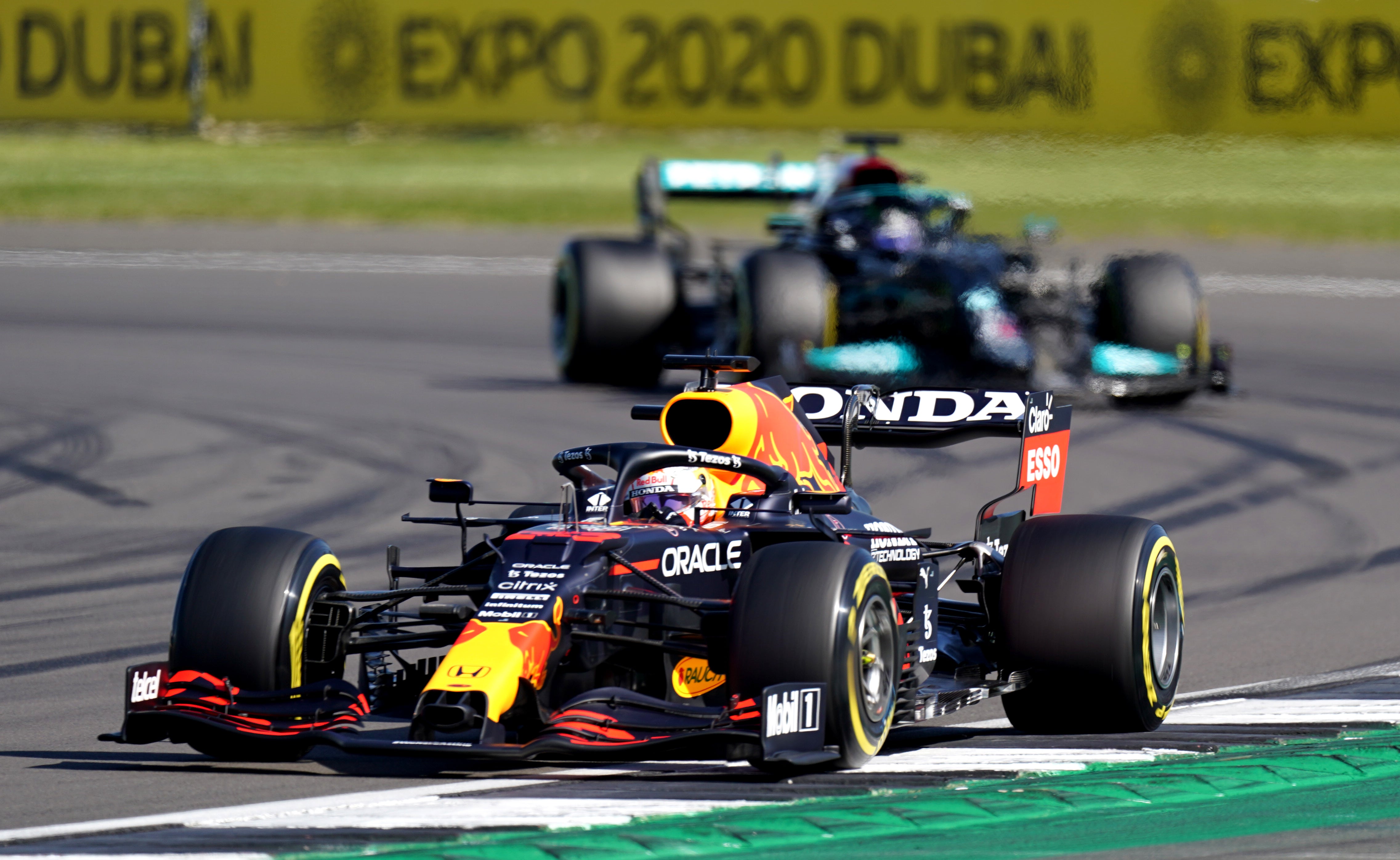 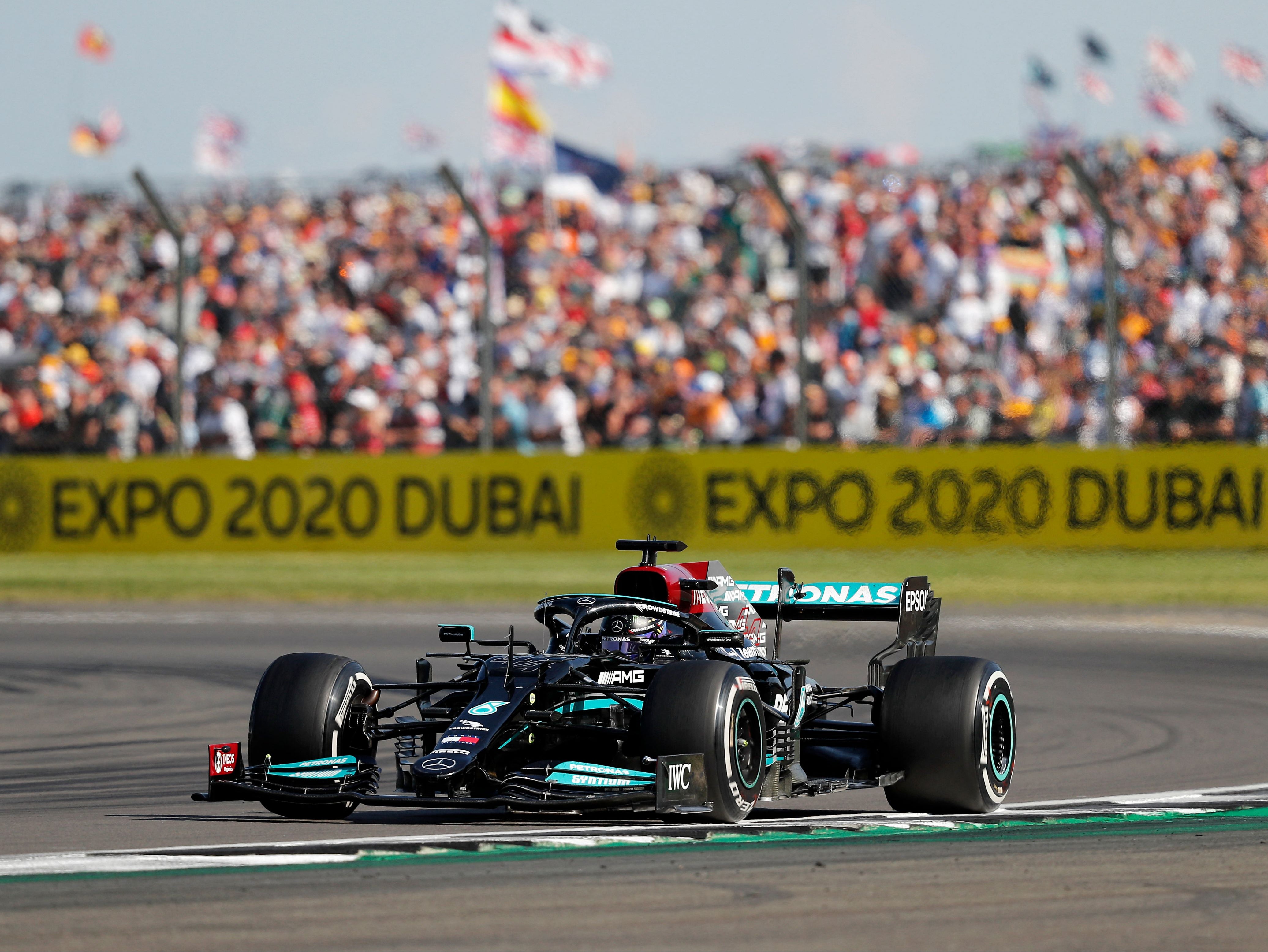 Hamilton was hunting the Monegasque, however, and finally caught Leclerc on Copse with just two laps to go in a dramatic finish.

Hamilton saw out the final laps to record his third straight British GP victory, seventh in eight years, and eighth overall. In doing so, the defending champion closed the gap to Verstappen to eight points in the drivers’ standings.

Norris’ McLaren teammate Daniel Ricciardo came fifth, ahead of Spaniards Carlos Sainz and Fernando Alonso. Elsewhere, Britain’s George Russell finished 12th, one place behind Pierre Gasly, while Sergio Perez came 16th. Sebastian Vettel span off the track shortly after the restart in a display of poor car control, and – although he was able to quickly resume – the four-time F1 champion’s Aston Martin was retired late on.

“Is Max okay?” Hamilton asked the Mercedes team radio as the cars pitted shortly after the lap-one crash.

The seven-time champion, 36, added shortly thereafter, “I was ahead there, man. He turned into me,” before adjusting his evaluation to suggest that he was “alongside” his title rival.

During the race’s suspension, Red Bull’s team principal Christian Horner offered a different perspective while communicating with the Federation Internationale de l’Automobile (FIA) over the radio.

“It was 100 per cent Max’s corner,” Horner said. “As far as I’m concerned, full blame is on Lewis. I hope you’re gonna deal with it appropriately.

“Thank God [Max] walked away. Lewis has stuck a wheel in. He knows you don’t do that here.”

After the race, a visibly frustrated Horner said to Sky Sports: “I hope Lewis is very happy with himself. He’s put a competitor in hospital.

“I don’t care what Lewis said. For me, that’s a hollow victory. [Ten seconds] wasn’t much of a penalty, was it?”

In the moments after the crash, Mercedes’ team principal Toto Wolff told the FIA that he had emailed them diagrams of the incident and the trajectory of both cars. A representative of the governing body insisted that they had been focusing on the race rather than checking their emails, however.