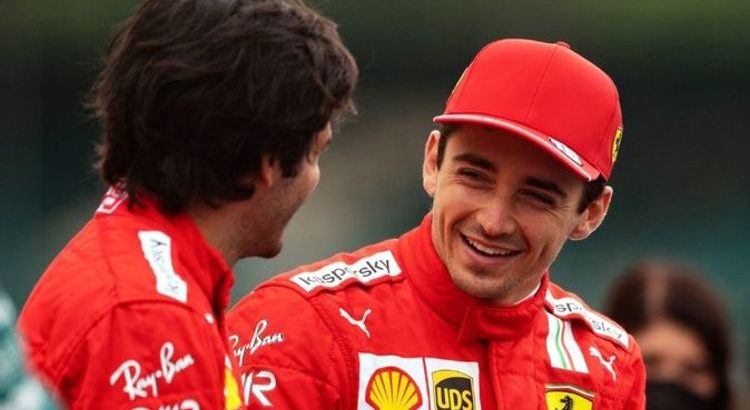 Despite having fond memories as a Ferrari driver at Monza, Charles Leclerc reckons it’ll be tough to bring the fight to Mercedes or Red Bull at the Italian Grand Prix but does believe they’ve made huge gains from last season.

Leclerc stormed to victory in front of the Tifosi in 2019 when he took just the second win of his F1 career in front of a huge crowd, ending Ferrari’s nine-year wait for a home win.

“It is always very, very special to be racing in Monza for Ferrari in general, but also for me, I will forever remember two years ago; it was absolutely crazy,” said Leclerc.

“But I think this year will be a bit more difficult. Of course, we did some progress since last year so it should be a better race in comparison to last year.

“On paper, it is a difficult track for us, but it is also a weekend where we have the Sprint Qualifying… so a different format.

So hopefully we can take advantage of that and have a good weekend anyway. But on paper let’s say it’s going to be difficult.”

The Monegasque racer currently sits sixth in the driver standings, with his team-mate Carlos Sainz Jnr in seventh as Ferrari look to bounce back from their worst F1 season in 40 years in 2020.

Leclerc finished in the top five at Zandvoort, with Sainz Jnr in a solid seventh, meaning Ferrari have put themselves 11.5 points ahead of midfield rivals McLaren and third overall in the standings.

“I’m pretty happy with our overall performance of this weekend. Finishing with both cars in the points is a good result.

The atmosphere was amazing, and it was really great to see so many people cheering in the grandstands. I can’t wait to see the same, just in red, in Monza next week,” said Leclerc.

Due to Covid restrictions, only a half crowd of around 50,000 people is expected to be allowed at Monza this weekend, with the Italian fans due to rival the orange army supporting Max Verstappen last weekend.

Grandstands were full of supporters dressed in orange and setting off orange flares in support of the Dutchman.

And with plenty set to descend on Monza in support of the Scuderia, Leclerc says he’s excited about their return.

“The craziness that we have seen for Max [at the Dutch GP] I hope to see it for us in Monza, but it is always very special to be racing at the home of Ferrari,” added Leclerc.