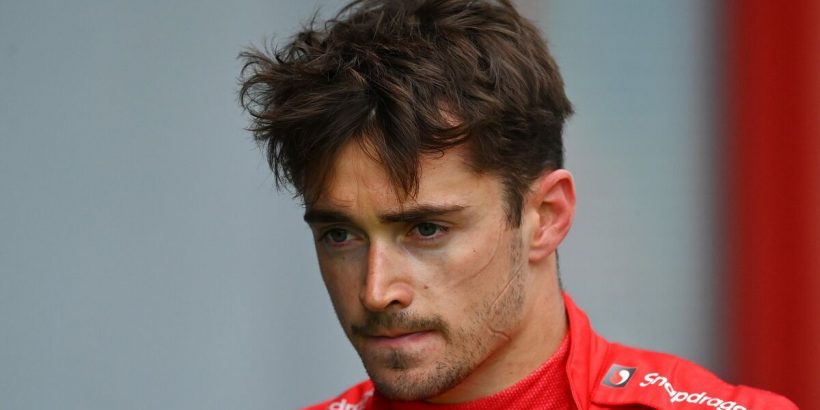 Charles Leclerc could be set to reap the rewards of Ferrari’s hard work behind the scenes as he looks to beat Max Verstappen to glory at this weekend’s Spanish Grand Prix, according to reports. The 24-year-old currently leads his Dutch rival in the Drivers’ Championship standings by a margin of 19 points but has failed to claim victory in either of his last two outings due to the Red Bull man’s superior pace over a race distance.

Verstappen led every lap at last month’s Emilia Romagna Grand Prix before passing Leclerc during the early stages of F1’s inaugural event in Miami and never looking back to take the chequered flag at the expense of his Ferrari counterpart once again. It seems as though the latter could be set for a much-improved showing over the course of this weekend in Spain, though, with Ferrari expecting to gain up to four tenths of a second per lap as a result of their new and improved package, according to La Gazzetta dello Sport.

It is claimed that a new floor and diffuser on the Italian team’s F1-75 challenger may see them gain a healthy chunk of extra performance in order to help Leclerc challenge Verstappen for the honours at the Circuit de Barcelona-Catalunya. Ferrari have also been credited with making a number of tweaks to their rear wing in order to maximise their performance levels and provide Red Bull with some additional food for thought before the five red lights go out to mark the start of Sunday’s race.

The vast majority of teams are expected to bring upgrades in Spain after using the early stages of the new F1 season to assess their original packages before making changes in accordance with the all-new 2022 regulations that were introduced at the start of this year. However, it remains to be seen whether Ferrari’s eventual result will bear the fruits of their labour or if they will remain adrift of Red Bull in terms of outright performance over the course of this weekend’s 66-lap contest.

JUST IN: Lewis Hamilton to get what he wants as Mercedes find breakthrough

Leclerc will be desperate to end Verstappen’s winning run by making the most of Ferrari’s extra performance in Barcelona as he looks to stretch his advantage at the top of the Drivers’ Championship standings by taking maximum points at the next time of asking. Meanwhile, Ferrari team principal Mattia Binotto recently suggested that Red Bull may be forced to curb their development in the near future in order to adhere to this year’s new budget cap in a turn of events that would almost certainly favour the Italian outfit over the coming weeks and months.

“It’s true that Red Bull improved their car, since the very start of the season they introduced upgrades,” said Binotto earlier this month. “Today, if I look at the last two races, maybe they got a couple of tenths per lap faster than us. Now, no doubt that in order to keep the pace we need to develop ourselves and introduce upgrades because there is as well a budget cap.

“I hope that at some stage Red Bull will stop development. Otherwise, I will not understand how they can do that. But let’s say that in the next races it will be at least our turn to try to develop as much as we can the car and introduce upgrades.

“I think it’s not a surprise that we may have a package in Barcelona which will be important for us. As usual I hope that the package we are introducing is working as expected, in that case [the upgrades could be] good in order to try to catch up the current gap we’ve got compared to Red Bull.”