Lewis Hamilton is looking to record his 91st victory in Formula One as looks to get back to winning ways at the Nurburgring for the Eifel Grand Prix following disappointment in Russia last time out.

After being hit with penalties following pre-race errors that cost him victory at Sochi the world champion is now hoping to match the great Michael Schumacher’s tallyof wins in the sport as he takes step closer to also matching the German’s seven world championships.

Follow all the Eifel Grand Prix action with Sportsmail as we bring you all the drama as it happens with the race getting underway from 1.10pm BST.

Well, Lewis Hamilton is on course to level another Michael Schumacher record at the end of the year by winning a seventh world championship.

He has come a long way since 2006 when at the Nurburgring he took his first victory in GP2.

But… Hamilton will have to start from second on the grid

It’s yet another front row lockout from the Mercedes boys but if Hamilton wants his record equalling win he will have to pass his team-mate to do so.

Valtteri Bottas is on pole position at the Nurburgrig, benefitting from the momentum he picked up in winning at Sochi last time out. Here is a recap of qualifying.

He may have missed out on getting his record equalling 91st win last time out in Russia, but starting from second on the grid today, Lewis Hamilton will have another shot of matching Schumacher’s incredible total… right on German territory.

Good morning all and welcome to our live coverage of the Eifel Grand Prix which takes place at the Nurburgring. 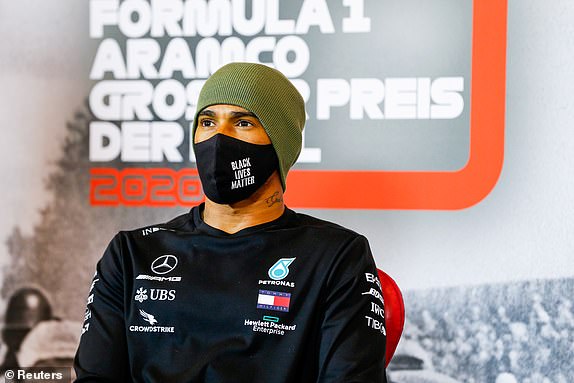