Kimi Raikkonen questions Lewis Hamilton on if he won title, and who was the fan making car noises? EIGHT things you missed from the US GP

Lewis Hamilton may have just missed out on claiming his fifth world championship in the United States, but fans were given a thrilling race in Austin, Texas.

With Sebastian Vettel finishing fourth Hamilton needed a win to secure the title, but by only managing third the battle now goes on to the next race in Mexico.

Instead it was Kimi Raikkonen, who took his first victory in five years, tasting the winners’ champagne as Sportsmail takes a look at eight things you may have missed from the Circuit of the Americas. 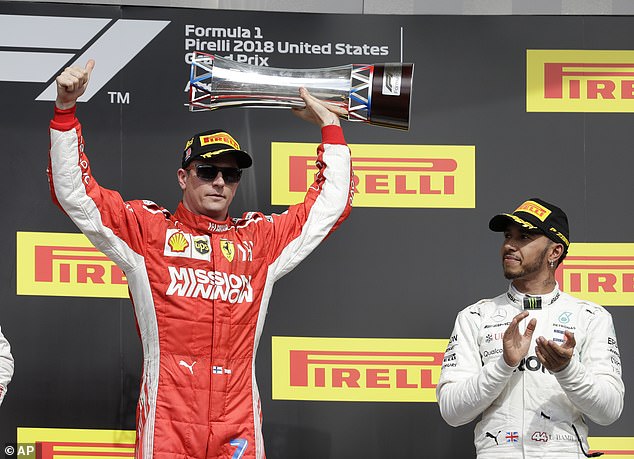 Kimi Raikkonen may have been under pressure to win the race to save Sebastian Vettel’s thin title hopes, but he had his own motives too. The victory, his first for Ferrari in nine years, is likely to be the Finn’s last in the sport as the 39-year-old will be moving to the slower Sauber team ahead of next season. 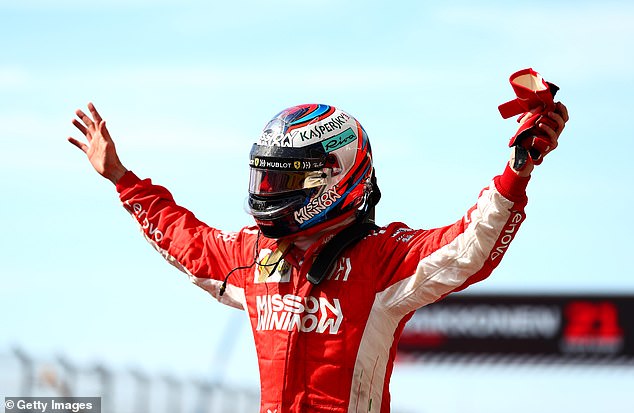 Raikkonen’s win, his first since 2013, is likely to be his last in F1 ahead of a move to Sauber

Raikkonen clearly didn’t care much for the championship. In the podium room afterwards, the Finn (right) innocuously asked Lewis Hamilton if he had won the title with a completely straight face. The Brit looked stunned but kept his answer short as he replied ‘no’, an awkward silence followed. 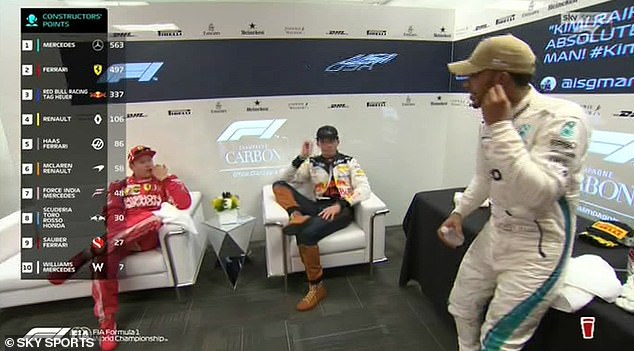 Max Verstappen put in a storming drive from 18th on the grid to finish second, but he paid a big price for it. Having had to hold off Hamilton in a frantic final few laps, the Red Bull driver showed off a worn-down boot after the race as evidence of his frantic work behind the wheel in claiming a deserved podium. 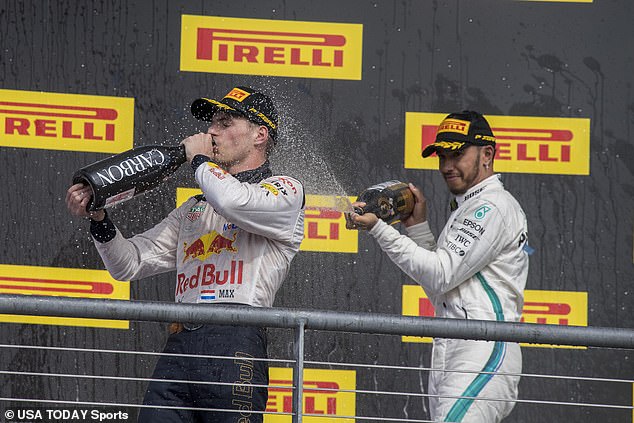 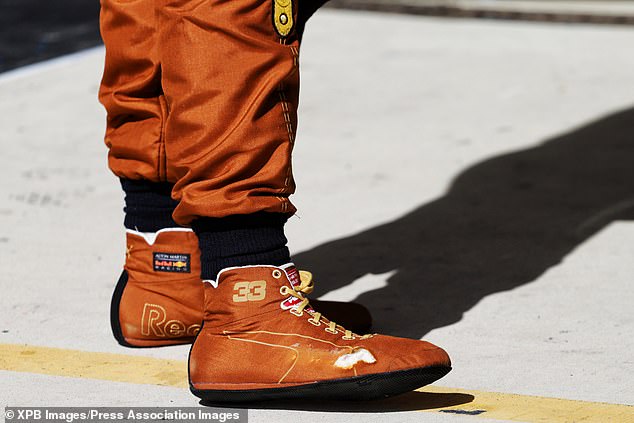 Bottas is right on hand

Mercedes were so keen on minimising Hamilton’s time loss on the circuit after his first pit-stop they were instantly on the radio telling his team-mate Valtteri Bottas in front not to get in the way, informing the Finn ‘not to hold Hamilton up’. The Finn, having had good practice in Russia, expertly moved on the start-straight. 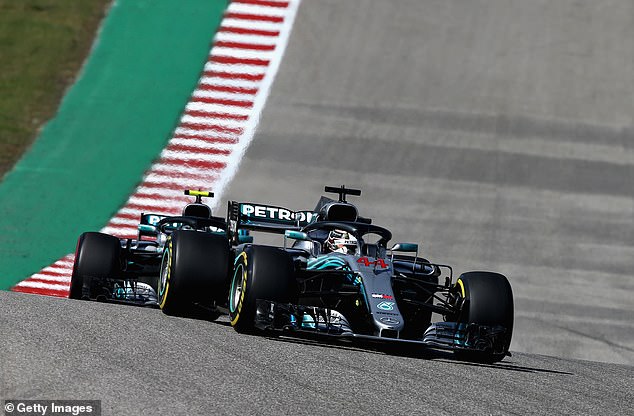 Fan makes his own racket

There was a curious incident for TV viewers watching the grand prix. Early on in the race shortly before Hamilton’s pit-stop, race commentary was interrupted by a race fan at the track making constant car noises in the background as each one passed on the circuit in front of them for nearly a full lap.

Tell me it's not just me that can hear some guy making car noises????? #F1 #USGP pic.twitter.com/h3SApvKER0 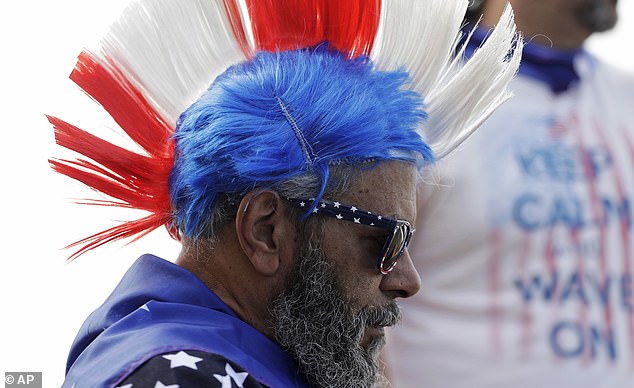 Liberty Media took the controversial move to ban grid girls from the pre-race proceedings this season, with the Monaco Grand Prix an exception. There was no sign of them in Texas but the Dallas Cowboys cheerleaders helped provide the grid glamour by welcoming the likes of Hamilton onto the pre-race drivers’ parade, 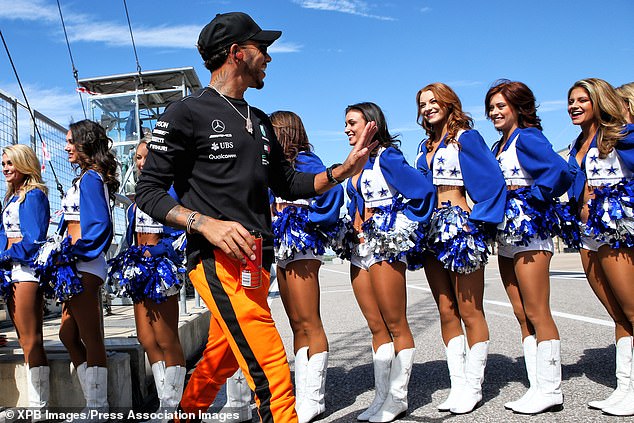 Stoffel stuffs it up

It was yet another miserable day for McLaren, with Fernando Alonso (left) retiring early on after suffering damage in a collision with Lance Stroll. But Stoffel Vandoorne’s season went from bad to worse as he was given a black and white flag for continuing to exceed track limits — effectively the final warning before receiving a disqualification. 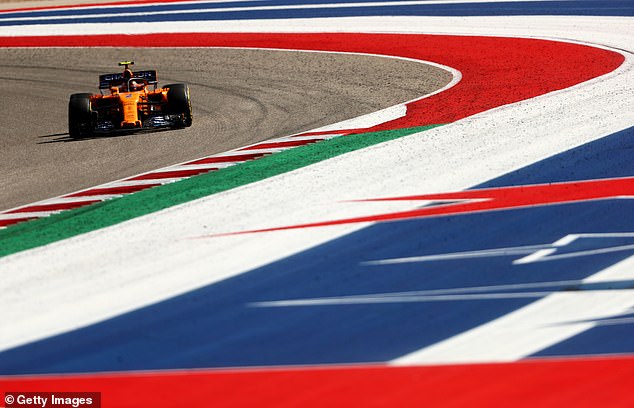 This was the first time that a race held on October 21 has not decided a World Championship.

The title had previously been decided three times on the date, with Niki Lauda pipping Alain Prost by half a point in 1984, Prost then lost again to Senna six years later.

Raikkonen also won his crown on the date in 2007. 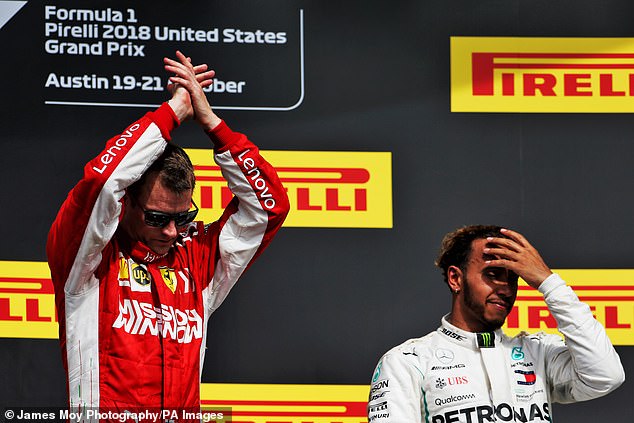