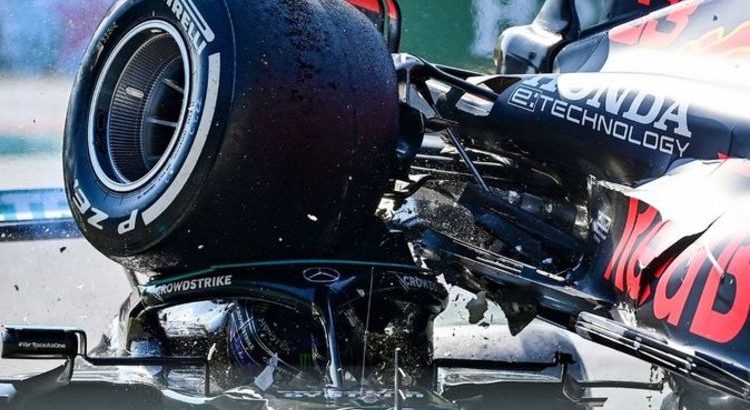 In their second collision of the season, Hamilton and Verstappen both left Monza with no points from Sunday’s main event after the pair tangled on lap 26, the Dutchman’s third retirement of the season.

The two rivals ended up in the gravel as Hamilton exited the pits, with Verstappen alongside him, before the 23-year-old bounced along the kerbs and collected the seven-time world champion, with the Mercedes left wedged under the Red Bull.

“It’s clear both drivers could have avoided it,” said Brawn during his post-race column for Formula One’s official website.

“Ultimately, I think it’s another consequence of two guys going head to head and not wanting to give an inch. It’s a shame they ended up in the gravel because it could have shaped up to be a great race, and we were deprived of that.

“I’m interested to see what impact this has on their ongoing battle for the title. We have lived through Silverstone, which was a major and controversial incident.

“Personally, I wouldn’t say it has changed the dynamic. You’ve got two cockerels in the farmyard at the moment and we are seeing the consequence of it.

“I don’t think either will back off at any moment for the rest of the year, but I hope the Championship is won on the track and not in the barriers or the stewards’ room.”

In the aftermath of the race, Verstappen claimed Hamilton had “squeezed” him off the track, despite the stewards deeming the 23-year-old was predominantly to blame for the incident.

The Dutchman picks up a three-place grid penalty for Russia and Verstappen has been left perplexed as to why he was more at fault.

“We were racing for position today but you need two people to work together to make the corner and Lewis just kept squeezing until there wasn’t room anymore for two cars and that’s when we crashed,” said Verstappen, speaking after the race.

“When he exited the pits, he started to squeeze me going into Turn 1 so I had to use the green part of the track.

It was very tight but there was room for me to go around the outside and then I was pushed onto the orange sausage kerb.

“I was there to try and race hard but fair. I don’t fully agree with the penalty as I believe it was a racing incident.

“It’s very unfortunate what happened today but we are both professionals and so we will move on.”

Verstappen still leads the way in the championship fight, heading to Russia with a five-point lead over Hamilton.