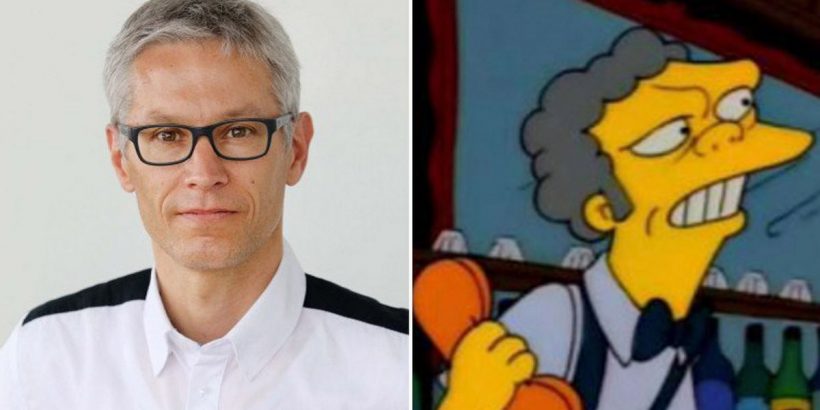 Aston Martin have appointed Mike Krack as their new Team Principal – and F1 fans are all making the same joke.

After Raymond van Barneveld's manager Ben de Kok at the PDC World Darts Championship and Jeremy van der Winkel vs Jules van Dongen at Q School, the world of sport has seen its fair share of amusing names over the last few weeks.

And while darts fans are in awe of their Winkels and Koks, cheeky F1 fans are now displaying their love for a bit of Krack.

Krack, 49, will be tasked with helping Aston Martin deliver their long-term goal of F1 world championships, not that fans of the sport seemed particularly bothered by that on social media.

Taking to Twitter most fans made the same joke about the new boss's name and Simpsons favourite Moe Szyslak.

One of the most popular and longest-running gags on TV concerns Bart Simpson prank calling bar owner Moe in his tavern.

Set in a time before mobile phones, Bart calls Moe anonymously and asks to speak to someone in the bar with a made-up name.

Will Aston Martin win an F1 world championship in the next five years? Let us know in the comments section.

Moe typically yells asking if that person is in the bar and the patrons all laugh upon hearing the funny – and bogus – name.

At the end of the scene, Moe usually throws a fit at the 'anonymous' caller as Bart cracks up on the other end of the phone.

Unfortunately for new Aston Martin boss Krack, F1 fans have made a cheeky comparison between his name and the ones Moe usually yells out on the hit sitcom.

Most chose to post memes of Moe, but others openly embraced their childish humour.

One person wrote: "I fully have the humour of a 4 year old."

While someone else said: "Mike Krack coming to twitter reading all the jokes already made about him."

Despite his cruel reception on social media, Krack is excited to get started at one of the most recognisable automotive brands in the world.

He said: "Aston Martin is one of the greatest automotive brands in the world, and to have been asked to play a leading role in delivering the on-track Formula 1 success that such an illustrious name so richly deserves is a challenge that I plan to embrace with energy and enthusiasm."

Team owner Lawrence Stroll added: "Winning in Formula 1 is all about bringing together the best efforts of all the principal players – drivers, engineers, mechanics, everyone – and Mike is perfectly placed to do just that.

"We are hiring brilliant new people every week. Our new factory build is coming along very well. We have a fantastic roster of superb sponsor-partners.

"We are about to embark on year two of our five-year plan, the objective of which is to win Formula 1 world championships."