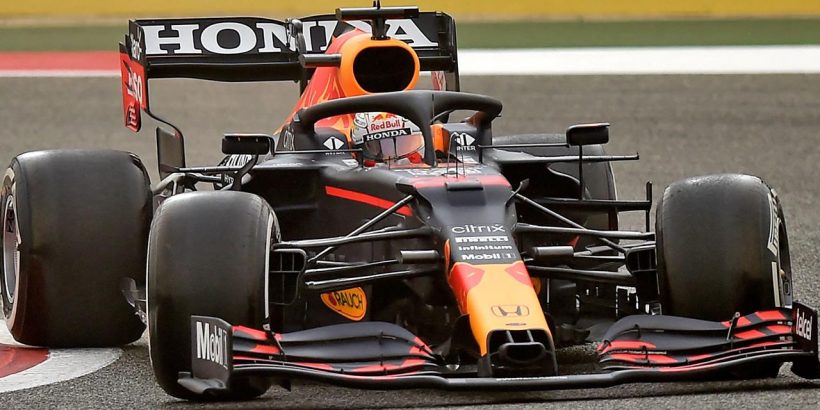 Max Verstappen believes there is an “opportunity” to beat Lewis Hamilton this season but said it would be “stupid” to class Red Bull as title favourites.

The Dutch driver topped the timesheets in pre-season testing in Bahrain this month, while Hamilton and his Mercedes team — constructors’ champions for seven years in a row — struggled. It means that Red Bull enter the first race of 2021 at the same Sakhir track this weekend as favourites.

Verstappen described the test as the best of his career as he heads into his seventh campaign. That is in stark contrast to Hamilton’s teammate Valtteri Bottas, who said that it had been the worst of his five pre-season tests with Mercedes.

Verstappen, however, is refusing to get carried away.

“I know people are excited and think we are just saying this, but Mercedes are still the favourites — how can they not be when they have won seven world championships in a row?” the 23-year-old said.

“I’m sure Mercedes also want people to think we are the favourites and put the pressure on us but we are focused on ourselves. I see every season as a new opportunity to beat them, but we would be stupid to expect that fight to be easy.”

It is often easy to dismiss pre-season testing, which is usually held in Barcelona before the first race in Melbourne.

This year, however, because of the pandemic, both testing and the opening race are taking place at the Bahrain International Circuit, meaning that those pre-season trends could give more of a clue about how the first race will go.

Max Verstappen has gone public with new girlfriend Kelly Piquet, who has a baby with another Formula One star….

Max Verstappen has gone public with new girlfriend Kelly Piquet, who has a baby with another Formula One star.

All the teams flew home after testing so there is little time to make big changes to the car.

Last week James Vowles, the chief strategist at Mercedes, admitted that they had a “long journey ahead” to solve problems with the car.

Many observers suggested that Mercedes were “sandbagging” — holding back performance so as not to reveal their hand — but Toto Wolff, the team principal, dismissed that idea, describing the car as a “diva”.

“We were the team running with the most fuel, but the car was a bit toxic to drive and fairly unstable,” he said.