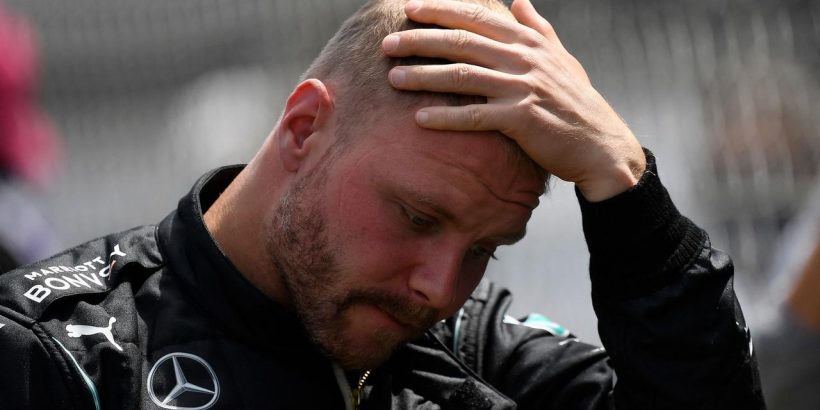 British superstar Lewis Hamilton secured his fifth consecutive victory in Barcelona on the weekend, but Bottas made the win slightly more difficult.

After Hamilton pitted for a second time on Lap 41, he emerged from the pit lane in third place, approximately 22 seconds behind race leader Max Verstappen.

However, the seven-time world champion was gaining mountains of time on the fresher tires, setting up a thrilling finish at Circuit de Barcelona-Catalunya.

Hamilton inevitably caught up to Bottas, with Mercedes instructing the Finnish driver not to get in his teammate’s way.

But instead of letting Hamilton pass, the pair became embroiled in an awkward skirmish on Turn 10 of Lap 52.

Bottas lets Hamilton past but it wasn't the smoothest switching of places#SpanishGP 🇪🇸 #F1pic.twitter.com/M7yZYGnPL5

“I definitely could have let him by earlier,” Bottas told Sky Sports after the race.

“But I was doing my own race as well, so I was always calculating things. I was trying to get Charles off the pit window so I could stop again and try and go for an extra point. The main thing in my mind was my own race.

“They told me not to hold him up too much, but like I said, I was also doing my race. I’m not here to let people by, I’m here to race.

“Of course, as a racing driver, you prioritise yourself, your race, but also we work as a team so you don’t want to ruin the win for the team if it’s not possible for you.

“I tried to do the best thing I could do for us as a team and for myself. It’s always hard doing those kinds of things and as the other driver, if he predicts what’s going to happen and where to go. In the end, it was kind of OK.”

I’ve been saying this. Bottas doesn’t care about winning as much as he cares about beating Lewis. When he can’t beat Lewis, he would rather be a hindrance.

Speaking to reporters after the race, Hamilton conceded he was unaware Bottas had been instructed to let him pass.

“Honestly I didn’t know that he had a message, so in my mind, I was like, we’re racing, and that’s totally fine for me, particularly early on in this part of the season,” Hamilton said.

“We were on massively different strategies, so I was going to get him at some stage because I had much better tyres.

“We were going into Turn 10, and I thought there was a gap there, and I wasn’t quite sure, and then there was a gap, and Valtteri was completely fair. I hope I didn’t lose him too much time.”

Although the incident cost Hamilton 0.4 seconds in the Verstappen hunt, he managed to chase down the Dutch driver and reclaim the lead with six laps remaining.

Mercedes team principal Toto Wolff said: “I would have wished that maybe, because Lewis was on a totally different strategy, it would have come a bit quicker.

“But in the end we scored the result, and I can relate to Valtteri that he had a tough day again, that you’re annoyed.

“If it would have lost us the race, I would have been more critical, but at the end, it’s something we can learn off.”

Bottas ultimately crossed the line in third place, clinching his third podium finish of the season.

The 31-year-old currently sits in third spot of the F1 ladder, narrowly ahead of McLaren driver Lando Norris.

Attention now shifts to the upcoming Monaco Grand Prix, which will take place on Sunday, May 23.