Fernando Alonso says he has an “idea in my head” about what he will do in 2021 – but does that involve a dramatic return to F1 for the two-time world champion?

Not for the first time, Alonso finds himself at the centre of many ‘silly season’ discussions, with the F1 driver market enlived by Ferrari’s decision to replace Sebastian Vettel with Carlos Sainz for next year and Daniel Ricciardo agreeing to fill his place at McLaren.

That has opened up a seat at Renault – the Enstone team where Alonso made his name by winning his two world titles in 2005-2006, before returning for a second shorter stint two years later.

Speaking in a video conference hosted by the Real Madrid graduate school, Italy’s Gazzetta dello Sport quotes Alonso as saying his next challenge will be at the “highest level” – and that he lists F1, IndyCar and the World Endurance Championship as his three possible destinations. 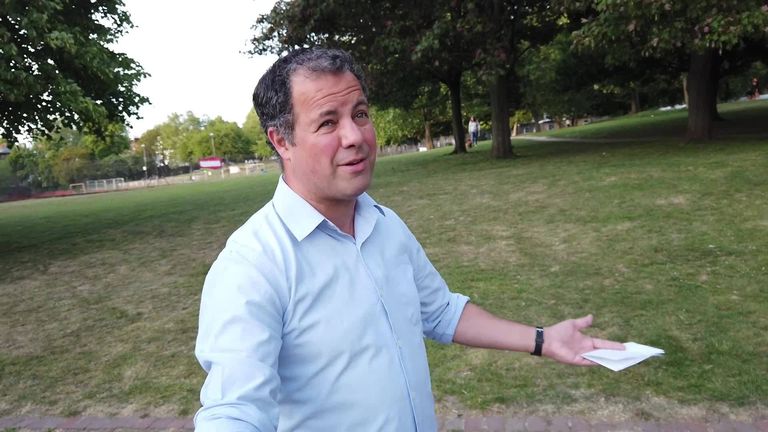 Flavio Briatore, Alonso’s long-time associate and former Renault team boss, has gone further by saying the Spaniard is “ready to return” to F1 having “detoxed himself” since leaving the grid in 2018 and successfully racing in other disciplines, including sportscars and rally raid.

So is a third spell at Renault truly on the cards for a driver who will turn 39 in July?

Two men who know him well from his time at McLaren, former team-mate Jenson Button and Zak Brown, the Woking team’s chief executive, have had their respective say to Sky Sports F1…

“If Renault were close to the front and he could see in 2021 and 2022 there’s a chance of podiums and wins, I think he would jump at the chance if he had the option,” explained Button, who was Alonso’s team-mate for two seasons.

“But I think it’s going to be a longer process than that. If they do get to the front it’s probably going to be four-plus years – and he doesn’t have that time. He’s not willing to put in that time, I don’t think. Fernando is that sort of guy that when he has an opportunity he really does take it.

“I’m just not sure this is the right opportunity for him. If he was able to get into one of the top three teams? Of course, he would jump at the chance because he would be able to show his speed, and he hasn’t lost it at 39 years old. But building a team for three or four years? I don’t think that is what Fernando is looking for.”

“I spoke with him the other day and I was kinda poking around. I think he’s undecided,” said Brown to Sky F1. “If I was running Renault, that’s who I’d put in the car. Big name, fast as anyone, won two championships with them – so he’s got history. So, from a Renault perspective, I think he’s a bit of a no-brainer to put in.