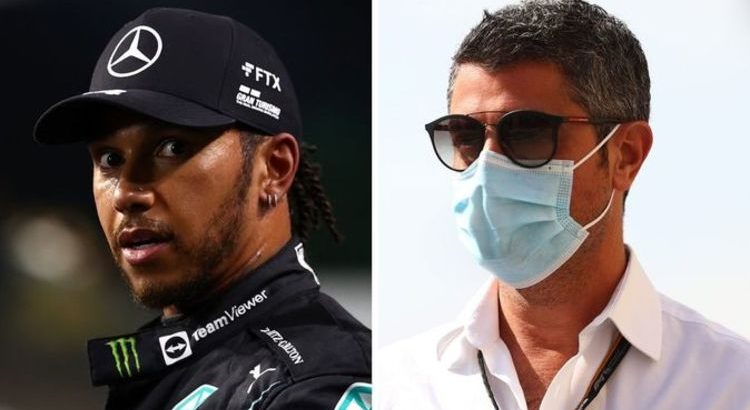 Michael Masi has not been listed under the single-seater headline anymore on the new FIA General Organisation Chart released for the month of January 2022 amid speculation he could be sacked.

Masi, and his colleague Nikolas Tombazis, were both included in October’s document last year under the Secretary for General Motor Sport category.

But under new president Mohammed Ben Sulayem both Masi and Tombazis have been removed from the document released this month.

It comes after the BBC reported Mercedes dropped their appeal against the FIA after controversial incidents at the Abu Dhabi Grand Prix ‘after agreeing on a quid pro quo’ with the FIA to sack Masi and Tombazis.

Mercedes have denied the reports, insisting the team received additional reassurances from senior members of the FIA that the appropriate action would be taken by the governing body.

JUST IN:
Lewis Hamilton would need ‘significant FIA action’ to return to F1

Masi came under scrutiny after the Australian seemed to not apply the rules correctly during the race, and allowed just the five cars between leader Hamilton and second-placed Verstappen un-lap.

At the time, Hamilton, who was fighting for a record-breaking eighth title, was on course to become the greatest F1 driver in history if he could hold off his main title rival Verstappen.

But the tables flipped with five laps remaining after Masi allowed the race to resume without all the cars having time to un-lap themselves.

It meant Verstappen, on far fresher tyres after pitting, was able to sweep past the seven-time world champion to win the title.

Mercedes boss Toto Wolff admitted he and Hamilton had been left “disillusioned” by the sport, with the seven-time world champion since disappearing from the public eye, bar a trip to be knighted at Windsor Castle.

Speaking after the race, Wolff added: “Lewis and I are disillusioned at the moment. We are not disillusioned with the sport — we love the sport with every bone in our body, and we love it because the stopwatch never lies.

“But if we break that fundamental principle of sporting fairness and authenticity of the sport, then suddenly the stopwatch doesn’t become relevant anymore because we are exposed to random decision-making, that it is clear you may fall out of love with.

“Then you start to question if all the work you have been putting in — all the sweat, tears, and blood — can actually be demonstrated in terms of being the best possible performance on track because it can be taken away randomly.

“It’s going to take a long time for us to digest what has happened, I don’t think we will ever get over it.

“That’s not possible. And certainly not as a driver.”

Since that day in Abu Dhabi, the FIA has pledged to investigate what happened during the final few laps of the race, with any findings yet to be published.

The BBC continued to add that Hamilton is said to have lost trust with the governing body and will wait for the results of the inquiry before committing to a return to the championship.

The first of two pre-season tests are set to get underway on 23 February with another in March in Bahrain.