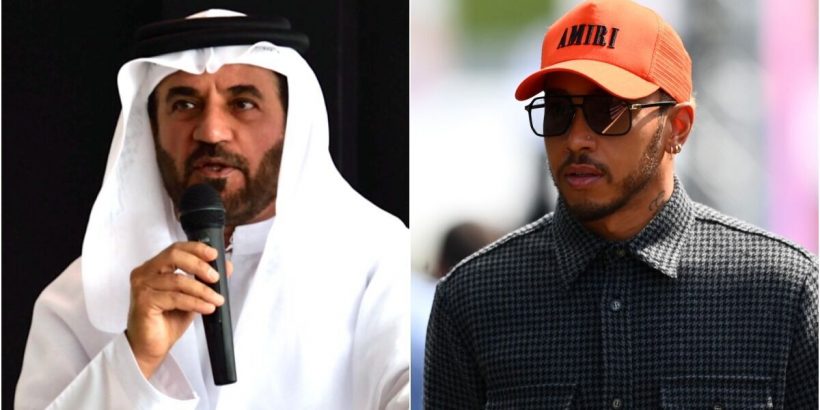 FIA president Mohammed Ben Sulayem has discussed plans to improve training methods and produce a larger crop of race directors, in a move that would stray further away from last year’s format when Michael Masi held the top position alone. The Australian was axed during the off-season over his role in the late drama between Lewis Hamilton and Max Verstappen.

The 2021 world title was settled on the final lap of the final race after what had been a gripping battle. Some felt as though the contest was spoiled, however, as Masi played a significant part in deciding the outcome when he effectively brought Verstappen back into play before the Dutchman capitalised on his opportunity.

A post-season review ended with Masi being sacked as the FIA moved to appoint Niels Wittich and Eduardo Freitas, who now share the role on an alternating basis. Since then, there has not been so much pressure on one person’s shoulders, and Ben Sulayem elaborated on plans to take the new format further.

“We are struggling to find enough race directors, so what should we do?” he queried, per Motorsport.

“We can’t just pick them up, buy or rent them, we have to make sure we give them a good education and then we have more than three. What I mean is we need to have a rotating system.

“When I look at the efficiency and structure in which navigators operate, they take care of the service, I know they look at the planning of the service and have a big share in the organisation, route and fuel. They do a lot.

“We have thought about offering people from this branch a training process and then see if that fits. I believe we will find the right people for this. We will soon be setting this up with our team, I am confident in that. F1 race leaders, 100 per cent, no doubt about it. You have to train them well, bring them into the world. You can build a pyramid through the WEC and track racing, it’s about the process.”

Indeed, Masi’s Abu Dhabi incident remains a hugely infamous moment of race director drama. So much so, in fact, that Sky Sports commentator Martin Tyler jokingly claimed that Liverpool may need an ‘F1 race director’ to win the Premier League title if it goes down to the wire on the final day.

But as the unsavoury fallout from last season’s dramatic finale fades from memory, Wittich and Freitas’ early reign has not been completely free from controversy. A crackdown on jewellery and underwear regulations during competition has been met with resistance from Hamilton and Sebastian Vettel.

The former even suggested that he could boycott future Grand Prix if a resolution is not found, amid claims that he cannot immediately remove all his piercings. Freitas is set to take charge of his first race weekend next time out in Spain as Wittich temporarily steps into a deputy race director role. Meanwhile, Hamilton has also been left ‘astonished’ by the FIA opening the door for Masi to return. President Ben Sulayem said recently: “Michael is there and we might use him. I didn’t say we were getting rid of him. I said we might use him. He may be in a good place to use. We are open to everything.”