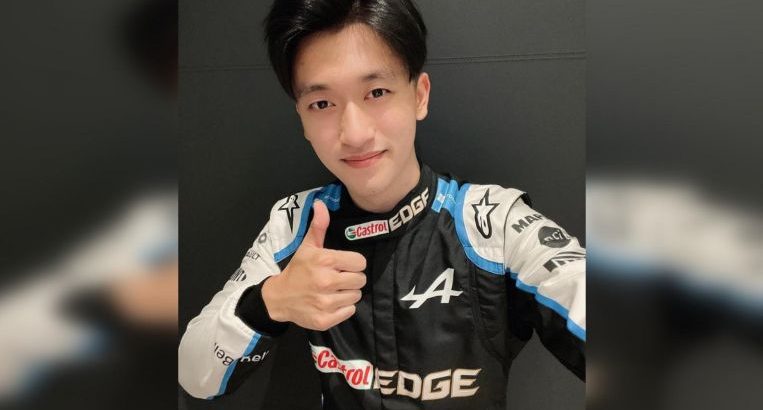 SHANGHAI (AFP) – Zhou Guanyu will take a major step towards becoming the first full-time Chinese driver in Formula One after the Alpine team announced he will take part in practice at this weekend’s Austrian Grand Prix.

The 22-year-old from Shanghai, who tops the F2 standings, will borrow the car of two-time former world champion Fernando Alonso for the first free practice session on Friday (July 2).

Zhou, who is already a test driver for Alpine, called his first time behind the wheel in Formula One practice “a dream coming true”.

Zhou, who uses the English name “Joe” and went to school in Britain, added: “It’s going to be even more special that I’m driving Fernando’s car as he inspired me to pursue a career in racing when I was young.”

Zhou follows compatriot Ma Qinghua, who drove in several practice sessions in 2012-2013 with the HRT and Caterham teams, the official Formula One website said. Ma failed to secure a full-time seat in the sport.

“This experience will greatly help him as he makes very solid progress towards the ultimate target that constitutes a full-time F1 seat,” said Rossi.

Zhou, who as a little boy played with toy cars, has never made any secret of his determination to race in F1 and make history for his country.

Speaking to AFP earlier this year, he said: “I would say definitely I’m the closest ever to get into Formula One as a Chinese driver.

“But the last step is the hardest.”