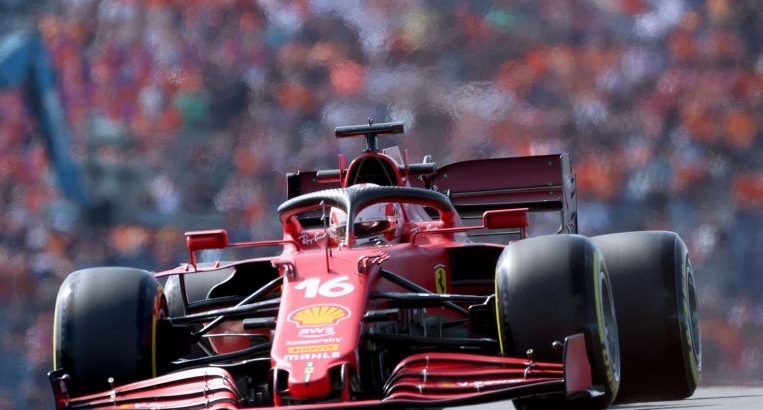 Hamilton produced the fastest lap in a truncated morning session but lasted just three laps in the afternoon before his Mercedes ground to a halt with an engine problem.

“I just lost power, so they just told me to stop, but it’s not the end of the world,” he reported.ham Hamilton’s halt and subsequent return to the pits was greeted with cheers by the Dutch crowd, rooting for home hero Max Verstappen who was fifth fastest.

“It’s amazing to see the crowd – there’s so many people here – it’s good to see people hyped and the first time we’ve see the full, full energy,” said the man they least want to win on Sunday.

Hamilton was thrilled to be back at the track where he won the 2005 Masters of formula Three race and which is staging its first F1 grand prix since 1985.

“It’s really fantastic. It brought back so many memories when I first got out there when I was driving here because I didn’t really remember – I knew it was great when I was in Formula 3 – but it’s crazy in a Formula 1 car. The speed we’re going through Turn 7, yeesh! It’s a real racing circuit!”

After his half-points victory in the rain-reduced Belgian GP last weekend, the Red Bull driver is just three points behind Hamilton in the championship standings.

Leclerc clocked the fastest time of 1min 10.902sec, which was 0.154sec quicker than Ferrari teammate Carlos Sainz in second.

Alpine also had a good day as Esteban Ocon produced the third best time and Fernando Alonso the sixth.

The afternoon provided some comfort for Vettel whose car came to a stop at the exit of the pit lane in the morning session, leaving a trail of oil behind it.

Vettel took a fire extinguisher from a marshall to put out a small fire but the car could not be touched as it was still electrically alive.

There was a lengthy delay before the car was covered in rubber sheets and then removed by the Aston Martin team.

That meant the hour-long session lost almost 40 minutes, which limited the opportunities to fully stretch the cars.

The drivers face a final practice on Saturday morning followed by qualifying in the afternoon.