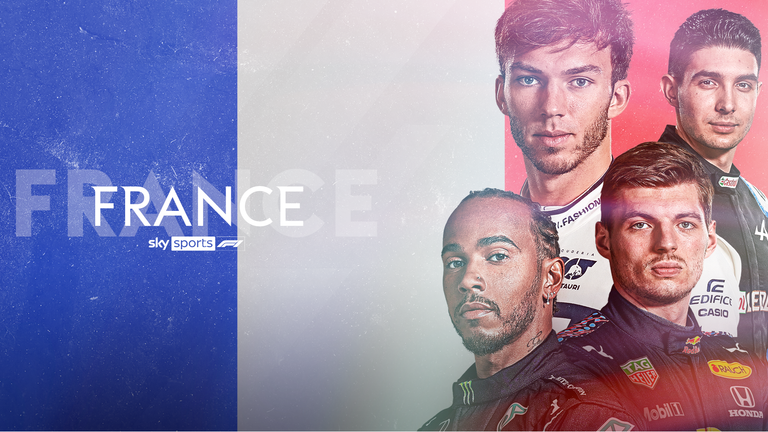 F1’s first triple-header of the season begins with the French Grand Prix, live from Paul Ricard on Sky Sports F1.

After two successive events on street tracks, it’s back to a permanent circuit in the picturesque south of France for round seven of a season that has sparkled and surprised from day one back in March.

Max Verstappen retains a four-point championship lead over Lewis Hamilton after the title protagonists unexpectedly both failed to score points in Baku, but the momentum remains with Red Bull – who still won last time out courtesy of Sergio Perez for their second triumph in a row.

But Mercedes are expecting a more competitive weekend, with Hamilton winning at Paul Ricard on F1’s last two visits since the French GP returned to the calendar in 2018.

Sky F1’s live shows begin on Thursday afternoon with The F1 Show – also shown for free live in the UK and Ireland on YouTube – and culminate in Sunday’s extensive coverage of race day, with lights out at 2pm.