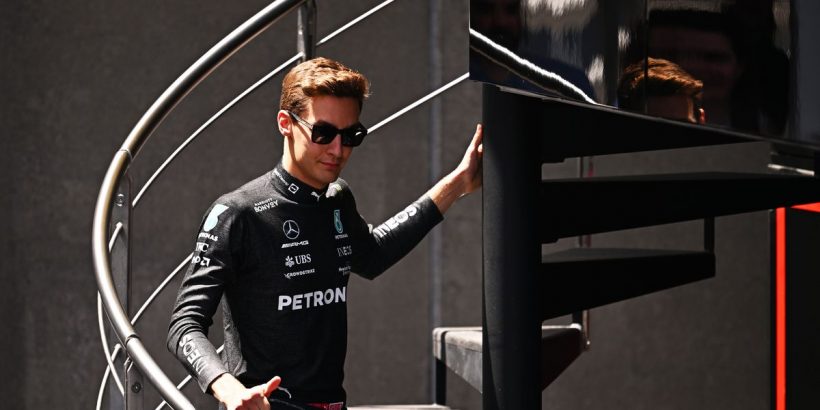 George Russell has vowed that there's more to come from Mercedes after recording the team's best qualifying session so far this season for the Barcelona Grand Prix.

The Silver Arrows showed signs of a revival heading into the race in Spain and maintained their improvements throughout practice and into Saturday's qualifying session.

Russell, who had qualified outside of the top 10 last time out in Miami, was able to outperform teammate Lewis Hamilton and Red Bull's Sergio Perez to come in fourth – the highest he has ever qualified since joining Mercedes.

Despite the improvements, Mercedes were still off the pace of their rivals and competing for pole position and race wins seems to be a step too far for now but Russell is adamant that there is still more to come from the team.

"It wasn't actually our most perfect qualifying session, we didn't quite have the tyres in the right window and I think there's more lap time on the table yet we still came home in P4 which is our best qualifying of the season," he told Sky Sports.

"Looking at our pace on Friday, we had a better race car than we did qualifying car so I think that we've got a real chance against Ferrari but Red Bull, especially Max, look to be a little bit faster in the race. It's all to play for."

A big improvement for Mercedes was the quelling of the porpoising issue that has plagued their season so far, something Russell welcomed: "I don't feel quite as fatigued after that session compared to what I'm used to. I can chill out tonight, get a good night's sleep and go again tomorrow."

Russell has remained consistent despite Mercedes' woes in the first round of races this season, finishing in the top five in every race since making the move to the Silver Arrows and finishing ahead of Hamilton in each of the last four races.

Sat fourth in the drivers' standings and 45 points behind championship leader Leclerc, Russell will need a remarkable comeback if he's to propel himself into the title picture but an upwards trajectory may have begun in Barcelona.

In the Constructors' Championship, Mercedes are 62 points off leaders Ferrari and will need a remarkable comeback if they're to extend their championship-winning streak to nine years.