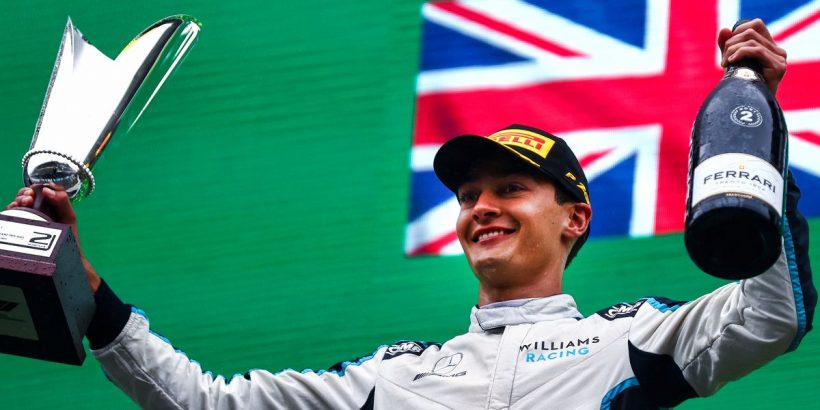 George Russell's move to Mercedes for the 2022 season has been all but confirmed as Valtteri Bottas has announced he is moving back to Alfa Romeo Racing ORLEN on a multi-year deal.

Russell earned his first podium at the Belgian Grand Prix in Spa thanks to an incredible qualifying run.

However, he was unable to replicate his success in the Netherlands over the weekend.

But Russell has still earned praise from across the paddock.

Bottas, on the other hand, finished on the podium, but it wasn't enough to earn a seat at Mercedes next season as he has confirmed his exit on Monday lunchtime.

The Finn, who has spent the last five years at Mercedes, said: "A new chapter in my racing career is opening.

"I'm excited to join Alfa Romeo Racing ORLEN for what is going to be a new challenge with an iconic manufacturer."

And their team principal Fred Vasseur added: "Valtteri is the right driver to help Alfa Romeo Racing ORLEN make a step forward towards the front of the grid."

Bottas has joined Alfa Romeo in the place of Kimi Raikkonen, who will retire at the end of the season after two decades behind the wheel.

How do you think Russell will fare at Mercedes? Let us know in the comments section

"I don't think any driver would be naive to think they could go up against a seven-time world champion [Lewis Hamilton] and have it easy," Russell told Jenson Button on Sky Sports.

"Because a guy like Lewis is who he is because of his speed and determination.

"But that's every driver's dream – and I've said that for the last three years that it would be my dream to be team-mates with Lewis.

"Because I want to learn from the best and I want to go up against the best.

"Let's see what next year brings."

Russell has reportedly already signed his Mercedes contract after he went to Toto Wolff's office following the finish of the Dutch Grand Prix.

"By the way on George Russell, I've got a rumour," Nico Rosberg told Sky Sports F1 on Sunday.

"A certain streaming service was called into the office of Toto to film the signatures.

"That's the rumour that is circulating in the paddock."

Russell's move to Mercedes looks now to be all but confirmed ahead of the new season.

Bottas had been rumoured for a move to Alpha Romeo, but he has also been linked to a return to Williams.