You won’t beat Sebastian Vettel in that! Lewis Hamilton drives oldest ever Mercedes on visit to Atlanta as he waits for fifth F1 world title

Lewis Hamilton has been enjoying some well-earned down time as his wait for a fifth Formula One world title goes on.

The British driver was frustrated in his latest pursuit of the crown on Sunday, when Kimi Raikkonen rolled back the years to win the US Grand Prix.

That victory ensured Raikkonen’s Ferrari team-mate — and Hamilton’s closest rival — Sebastien Vettel remains in with a shot of usurping the Briton. 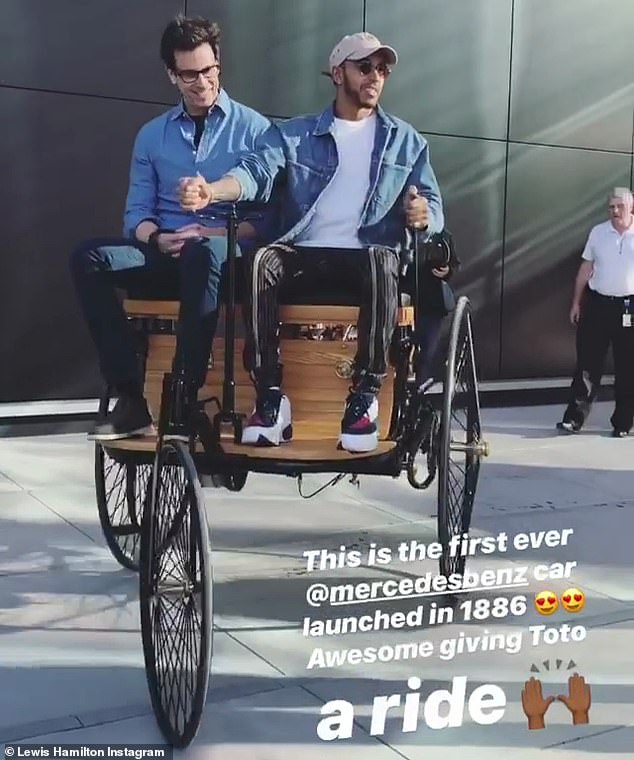 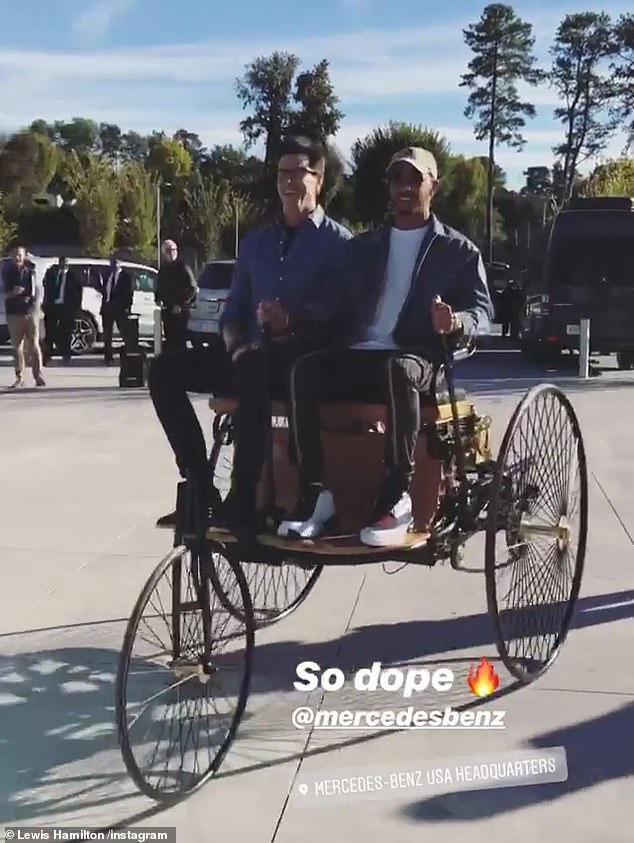 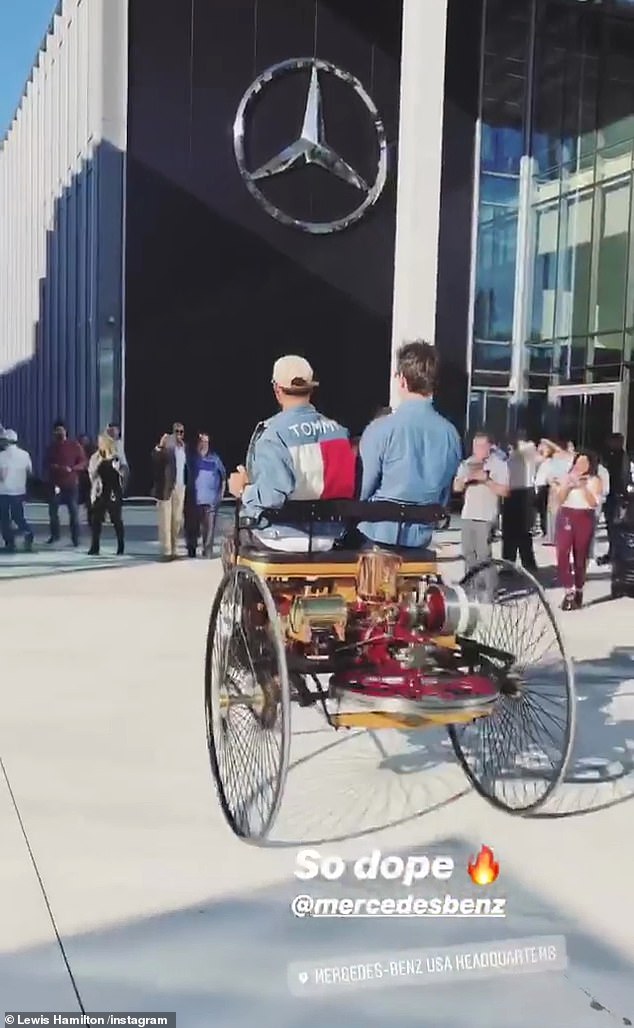 The British driver has been visiting the Mercedes-Benz USA headquarters in Atlanta, Georgia

Hamilton now has to wait until this weekend’s Mexican GP to try and wrap up the title and in the meantime he has swapped his F1 car for a rather less rapid vehicle.

During a trip to the Mercedes-Benz USA headquarters in Atlanta, Georgia, the British superstar was filmed driving the three-wheel 1885 Benz Patent Motorwagen.

The vehicle, designed by Karl Benz, is the oldest Mercedes vehicle in history, dating back to the late 19th Century.

‘This is the first ever @mercedesbenz car, launched in 1886,’ Hamilton wrote on Instagram. ‘Awesome giving (Mercedes team chief) Toto (Wolff) a ride’ 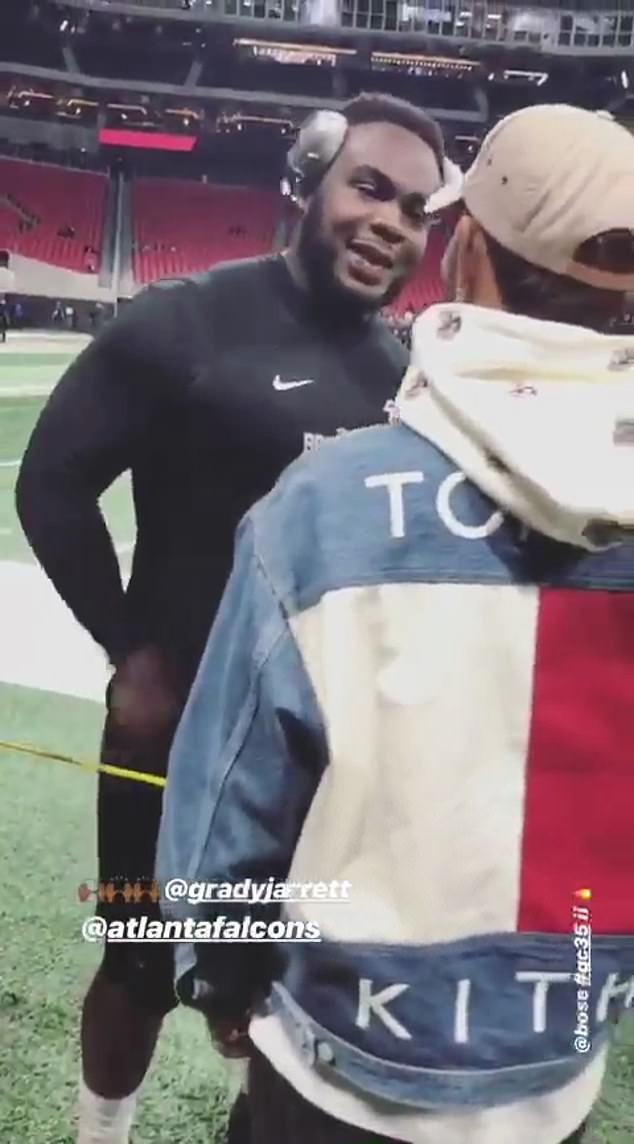 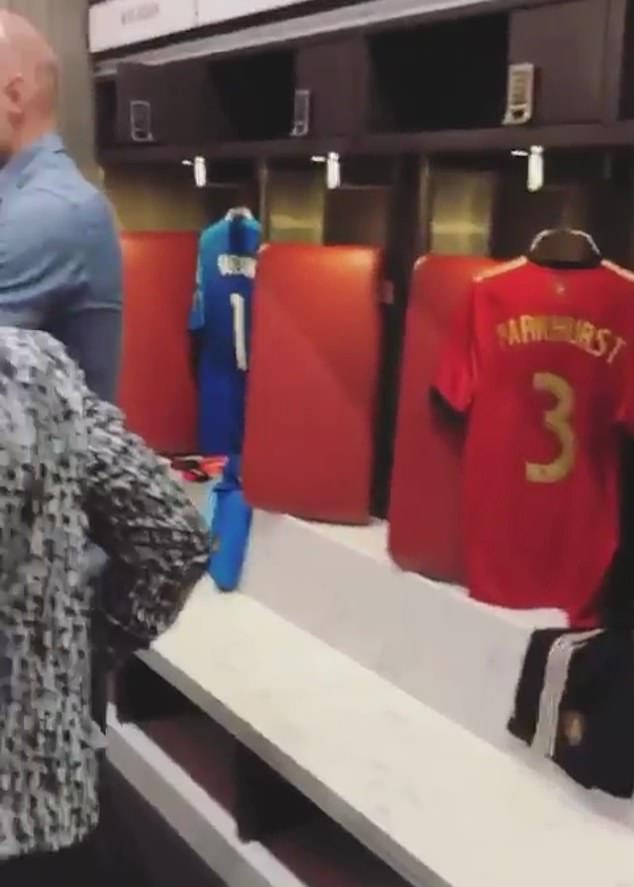 The version that became available for people to drive was 1,600cc and had a remarkable 0.75 horsepower and a top speed of eight miles/hour.

By comparison, the current F1 car that Hamilton drives can reach speeds of around 206m/h and boasts nearly 1,000 horsepower.

After testing the old vehicle, Hamilton headed to catch a bit of NFL action as the Atlanta Falcons took on the New York Giants.

The driver met players pitchside, was given a tour of the Atlanta United (football) dressing room before taking his seat inside the 71,000-seater Mercedes-Benz Stadium for the Falcons’ 23-20 victory. 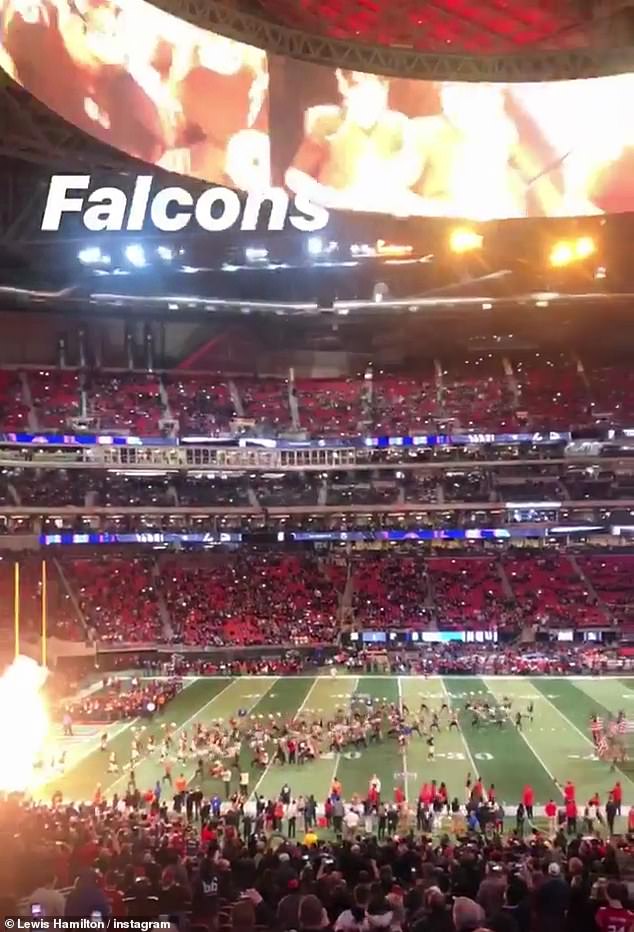