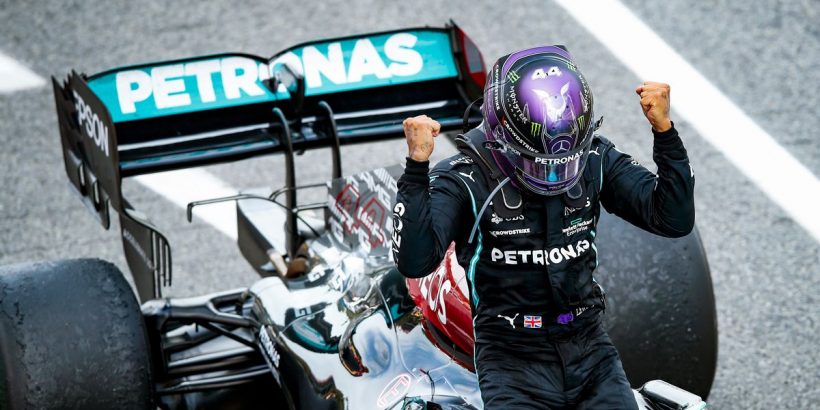 Mercedes boss Toto Wolff has made the bold claim that Lewis Hamilton could still be racing at the highest level by his 40th birthday.

Hamilton, who is currently 36, is in the form of his life, and he has dominated the early-season races raking up three wins in four outings.

The Englishman is a seven-time world champion, and he currently has a 14-point-buffer over his rival, Red Bull's Max Verstappen.

And, following victory in Barcelona over the weekend, Hamilton outlined his intention to sign a new contract with Mercedes with his current contract expiring at the end of the year.

Hamilton only just signed a one year contract, however, Wolff is convinced that his next contract will be longer.

“We don’t want to be in a stressful situation every single year where we are absolutely flat-out trying to win races and needing to negotiate. I would rather that doesn’t happen every year.

“As long as Lewis continues to look after himself mentally and physically, continues to develop cognitively, then he can go on for much longer.

“Look at Tom Brady and we are talking about an athlete that is on the field. Here is a racing driver that has utilised all his senses. ”

Following his victory at the weekend, Hamilton is now two wins away from a century, and he will be hoping to edge closer to that number in Monaco next weekend.

READ MORE: Lewis Hamilton desperate not to leave 2022 contract too late – and has his own deadline