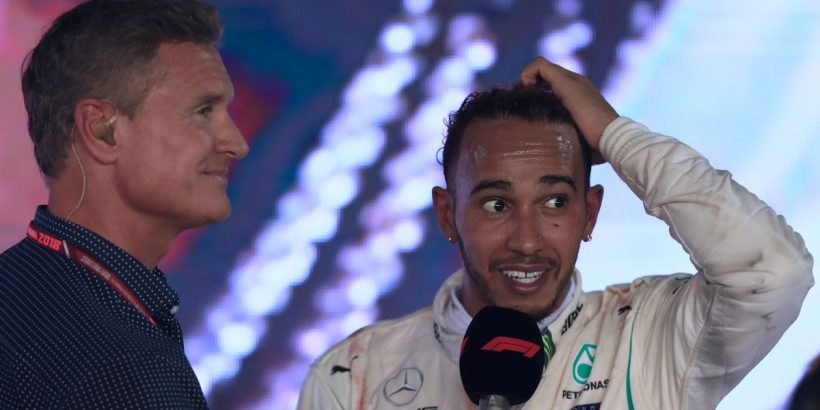 Lewis Hamilton has been warned that he can expect a Max Verstappen -like challenge if George Russell becomes his Mercedes team-mate next season.

Russell has been heavily linked with replacing Valtteri Bottas at the reigning world champions, having impressed for Williams.

Though he is yet to score a point for the British team, the 23-year-old came agonisingly close in the last round in Austria, being overtaken in the race’s closing stages by Fernando Alonso to finish 11th.

He looks likely to depart Williams at the end of this season, with his contract at the team expiring, with one of his options being to replace Bottas.

Russell infamously crashed with his rival for a Mercedes seat at the Emilia- Romagna Grand Prix in Imola earlier in the season.

And W Series Advisory Board Chairman David Coulthard believes that incident showed that Russell can push Hamilton in the same way that Verstappen has in the title race this season.

“We saw George’s hunger and racing spirit when he came together with Valtteri in Imola. He probably overreacted there, which is just an opinion,” he said.

“But what we did see was his passion behind the wheel and that’s the sort of passion he’s going to need to beat Lewis.

“He’s not going to beat Lewis with pure speed, Lewis is one of if not the fastest drivers of the last decade, George I believe has the talent to match that speed.

“So, where’s he going to beat Lewis? He’s going to beat him with that passion, that hunger, that ‘you might be Lewis Hamilton but when we go on track, I don’t care who you are’.

“Which is exactly what Max Verstappen delivers when he’s in the race car.”

Mercedes currently trial Red Bull by 44 points in the world championship standings, with Bottas having failed to impress this season.

Should George Russell replace Valtteri Bottas at Mercedes next season? Comment below.

Time appears to be running out for the Finn to show he should remain with the Silver Arrows, with F1 heading to Silverstone for the British Grand Prix this weekend.

But Russell has dismissed talk that he will be announced as Bottas’ successor at his home race, but Coulthard believes it is just a matter of time before Russell is named as Hamilton’s team-mate.

“I think George Russell is the real deal. I don’t know this for sure but it seems just a matter of time for George Russell getting announced as a Mercedes driver,” he said.

“He’s a coming talent, he showed what he could do when he was in the car in Bahrain. No disrespect to Valtteri who is a very good racing driver and is a grand prix winner, but sport is about momentum.

“Whether it’s motor racing, football or whatever sport you’re following, there’s a time when that talent needs to be given the opportunity. I’ve no doubt that he has the skills to deliver.”

The third round of the 2021 W Series season at Silverstone is live on Channel 4 this Saturday from 13:05 BST.