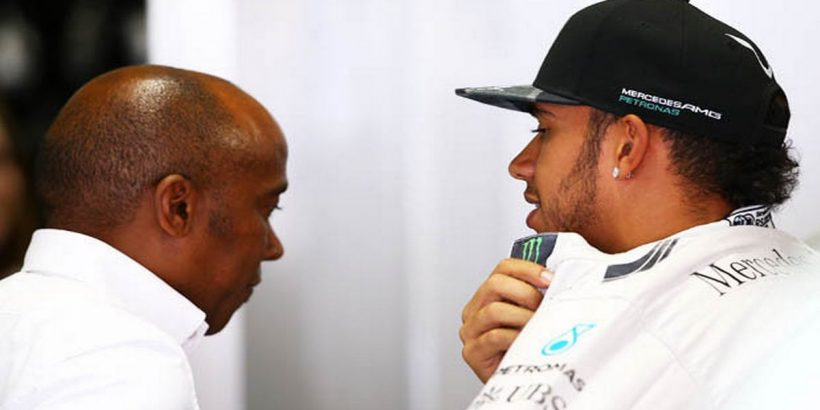 Lewis Hamilton's dad has defended his son's role in the crash which ended championship leader Max Verstappen's British Grand Prix and mocked the Dutchman's response to the incident.

Hamilton collided with the rear-right wheel of Verstappen's Red Bull on the ninth turn during the first lap at Silverstone on Sunday, before going on to claim his eighth grand prix victory at the track.

Anthony Hamilton, Lewis' dad, has defended his son and described the collision as simply being a 'racing incident' and highlighted the return of spectators as the most important talking point from the 13th race of the Formula One calendar.

Speaking to Sky Sports' Ted Kravitz, Hamilton said: "At the end of the day, its a racing incident and 99 times out of 100 it's a race incident."

Responding to the reaction of Verstappen and the Red Bull team, he went on to add: "What do you want then? Drivers lining up neatly on the straight and then taking it easy. This is a race."

Hamilton also denied that his son has any issues with Verstappen, stating that "I don't think it's anywhere near that. Both those guys get on the grid to have a good race, sometimes it doesn't go as expected, but that's just racing.

"Lewis isn't sitting at home thinking I'm going to do this or that… It's just part of racing." he added.

Will Lewis Hamilton go on to win the Drivers' Championship this season? Leave your thoughts in the comments section below.

Red Bull chief Christian Horner was less accepting of the incident, commenting that "his (Hamilton) actions have left in jeopardy another driver's safety and for me that is unacceptable.

"You don't put a wheel up the inside without there being huge consequences. We are just lucky today that there wasn't someone seriously hurt."

Verstappen escaped from the crash without injury, having only been winded by the initial impact and remains eight points clear of Hamilton at the summit of the Drivers' Championship.

Hamilton's dad was keen to highlight the presence of spectators at Silverstone on Sunday, stating that their attendance was more important than his son's victory.

"The most important thing about this weekend, other than hopefully that Max is well, is that the fans were presented with a phenomenal race and that's what we should be talking about.

"That's the most important thing, without the fans we don't have a race."

Hamilton and Verstappen will return to the track for the Hungarian Grand Prix on August 1.