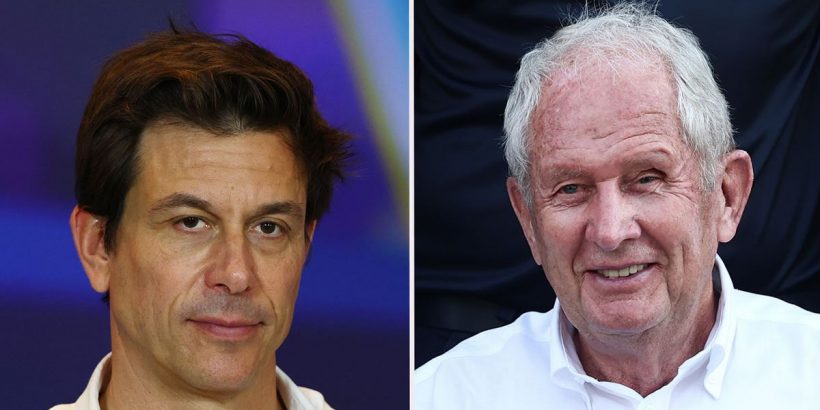 Vowles, who was Mercedes’ head of strategy, has left the Brackley-based team to become team principal at backmarkers Williams. The departure of Vowles is a blow to Lewis Hamilton and the Silver Arrows ahead of the new season, when they will look to take the fight to drivers’ and constructors’ champions Red Bull.

There are close links between Mercedes and Williams, who use the same power units, and there have been suggestions the teams could become more closely aligned, akin to the Red Bull-AlphaTauri relationship.

Outspoken Red Bull advisor Marko does not believe that will be the case and believes Vowles’ departure has ramped up “tension” within Mercedes.

“No, I have completely different information,” Marko told Sport1. “Vowles went of his own accord and – so it is said – even takes good engineers with him. My sources tell me that's why the mood at Mercedes is so tense.”

Can Mercedes beat Red Bull this year? Have your say on the F1 season in the comments section

However, the Austrian is sure Mercedes, rather than Ferrari, will be Red Bull’s biggest rival once the season gets underway in Bahrain on the first weekend of March.

“However, I still believe that Mercedes will be our biggest challenger when it comes to defending our title,” he said.

F1 fans will get the first indicator of the 2023 pecking order when a three-day test takes place in Bahrain at the end of February.