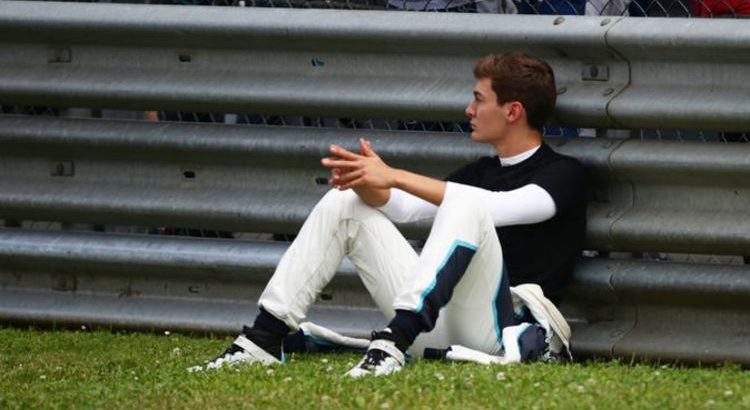 George Russell was philosophical when quizzed on the prospect of partnering Lewis Hamilton for Mercedes next year. The Williams man is widely expected to eventually take the second seat at the expense of Valtteri Bottas, who is under mounting pressure to up his performances as his contract approaches expiration.

Bottas is lagging behind Hamilton in the current driver’s standings, suggesting that Mercedes could get caught out when the seven-time champ decides to call time on his career.

Retirement is not thought to be imminent, however, as the 36-year-old Brit recently signed a contract with the Silver Arrows until 2023.

Despite this, many believe that a second seat re-shuffle at Mercedes would be wise, with Bottas’ contract up at the end of the year.

Russell told Autocar: “I am not one to believe in luck. To be honest, you make your own luck.

JUST IN: Lewis Hamilton ‘was in tears’ as F1 star opens up on fighting racism

“You are where you are because of what you achieve and what you accomplish, whether it is on track or off track.

“That’s my mentality and I’m not relying on luck for anything. I’m not hoping that everyone crashes and I win the race.

“I’m relying on me doing the best job possible with the team.”

Mercedes ‘have something up their sleeve’ as Verstappen warned

Although the 23-year-old seems to shrug off the idea of ‘luck’, he is certainly due a healthy dose of the good variety after a number of setbacks in his young F1 career.

Last time out in Austria, the youngster finished in a painful 11th to narrowly miss out on his first points for Williams.

When deputising for a Covid-struck Hamilton in the Mercedes car last year, he was steaming towards a sensational victory before a puncture put an end to his race.

Still, time is firmly on Russell’s side and the Mercedes-affiliated junior driver is widely expected to make the step up to the title-challenging team, sooner or later.

Many respected figures within the sport agree, with former world champion Damon Hill predicting that the deal is ‘done’ and Martin Brundle suggesting that the switch could even happen as early as the British Grand Prix.

Missing out on a Mercedes switch, which currently seems unlikely, would only amount to another setback on his prospective journey to the top.