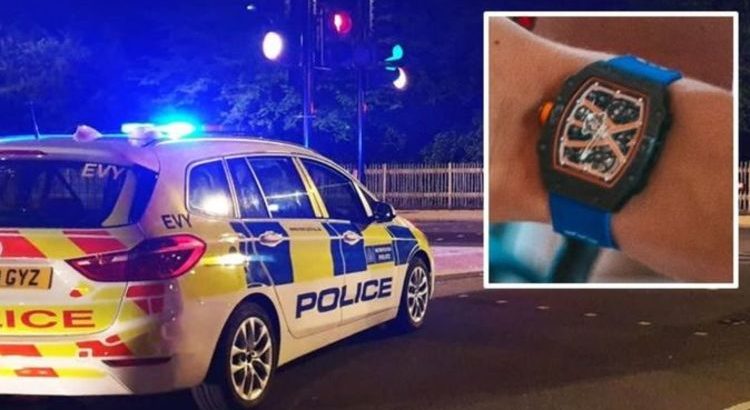 The Metropolitan Police have issued a fresh appeal for information following Lando Norris’ recent mugging at the Euro 2020 final at Wembley. The Bristol-born racer, who sits third in the F1 driver standings, was left “shaken” after two men robbed him of his watch as he returned to his car following England’s penalty-shootout defeat to Italy in London.

Met Police confirmed that on Sunday a 24-year-old man was arrested in Liverpool on suspicion of robbery, and he has been bailed to return on a date in mid-August.

Scotland Yard appealed for witnesses after the event, and in particular one person who claimed to have captured the incident on their dashcam.

Detectives are “very keen” to speak to the individual and anyone else who has more information on the incident.

The Met Police statement reads: “Detectives are appealing for information following a robbery in the vicinity of Wembley Stadium following the Euro 2020 final.

JUST IN:
Who F1 drivers are backing after Hamilton and Verstappen crash

“Shortly after 23:50hrs on Sunday, 11 July, the victim – a 21-year-old man – left the stadium and returned to his car which was parked in the ‘yellow car park’ in nearby Rutherford Way.

“He was approached by two men who engaged him in conversation. A short time later he was assaulted and held by one of the men while his watch was removed from his wrist.

“The victim was understandably shaken but did not sustain any lasting injuries. Officers attended but the suspects had left the scene prior to their arrival.”

A statement from McLaren released on Tuesday after the event described Norris as “unharmed but shaken” and speaking ahead of the British Grand Prix, Norris was understandably affected by the event.

“I’ve been better, I can say that,” said Norris. “I’m not in perfect condition, I’m not going to lie, some work to do mentally.

Of course, I talk about that a lot, mental health. Mental strength is very important. I’ve not been sleeping that great and so on. So it’s not ideal and I’m feeling a bit sore.

“I’ll work on it,” Norris added. “I’ll make sure I’m feeling better and I’m in the best shape possible.

“i feel like I can still go out and focus on the job I need to do, so that’s the main thing.”

Norris finished fourth in Silverstone, after dropping back mid-race due to a slow stop from McLaren.

The race was won by Lewis Hamilton, who cut Max Verstappen’s lead in the standings to eight points.