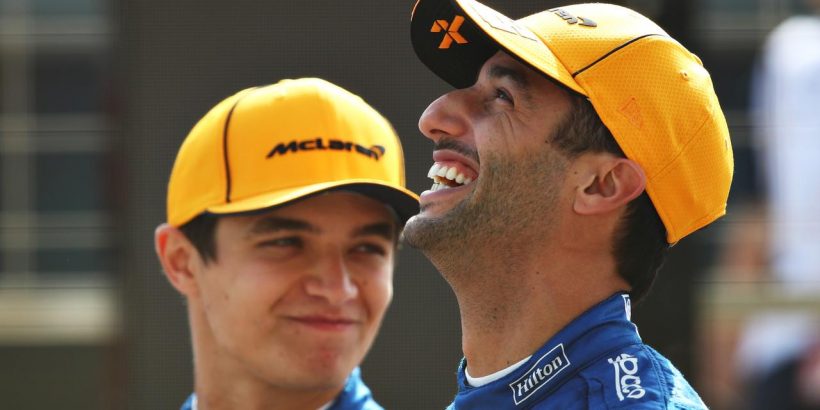 British driver Lando Norris has bravely claimed the McLaren’s 2021 challenger suits the driving style of Daniel Ricciardo more than himself.

Following a two-year stint at Renault, Ricciardo rocked the Formula 1 landscape by signing with McLaren ahead of the 2021 season.

The 31-year-old partnered with rising star Norris, who had already completed two seasons with McLaren.

The Australian’s maiden race with the British team went reasonably well, crossing the line at the Bahrain Grand Prix in seventh place to muster some valuable points.

Although the young Brit bettered Ricciardo in the season opener in Sakhir, Norris believes the MCL35M car suits his new teammate better in some areas.

“Although Daniel is new to the car there are some differences with the car this year and how you have to drive it, at points his driving style is better for it and is more suited for it,” Lando said, as reported by Autosport.

“How we’ve had to drive the car the last two seasons is kind of going away in a good way. That’s something I need to adjust to a little bit because the car is different this year.

“There’s room for improvement from my side, more in understanding how to drive this car. Not just how to learn from Daniel because I don’t think that’s the point of it, but still focusing on myself in terms of race pace, an area which wasn’t very good a couple of years ago.”

Due to safety concerns, newly-introduced car regulations meant teams had to redesign the rear floor in front of the tyres ahead of the 2021 season.

These changes have impacted some teams more than others — most notably Mercedes and Aston Martin — but Norris conceded he was “punishing” himself by resorting to his old driving style in Bahrain.

“I feel like I’ve had to drive too much like the past couple of years. Especially in qualifying that had negative effects and it isn’t as good,” Norris said.

“I did a good job (in qualifying) but I feel like I’m punishing myself with some of the things I’m doing with the car.

“After understanding some more I felt like I could already put it into practice (in the race) and I felt like I was gaining in those areas that I was losing out on.

“I felt like I really did a good job so I’m very happy with it.”