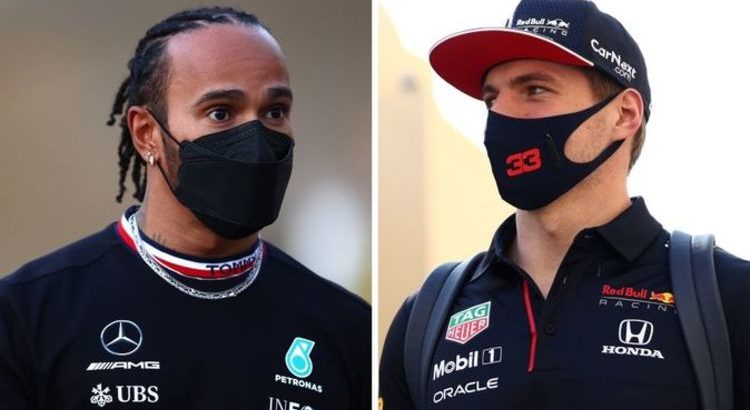 Lewis Hamilton has praised Sky bosses for making a deal with Channel 4 to show this weekend’s season finale live on terrestrial TV. Hamilton and Max Verstappen are dead level heading into Sunday’s finale in Abu Dhabi, with a winner-takes-all battle to be shown live on Channel 4, but also shown free to air in the Netherlands too.

With Hamilton on the brink of history and Verstappen gunning to become the first Dutch F1 world champion, both broadcasters have made the decision to show the race free-to-air.

The seven-time world champion would pick up his eighth world title to make him the greatest driver in F1 history if he can beat Verstappen to the title on Sunday.

When asked by Express Sport in Thursday’s FIA press conference ahead of the race what it meant to them, Hamilton responded first.

“I mean, I grew up in an era when it was free and remember turning it on many, years ago and I know that’s the way the world has gone obviously with pay TV, but I think that’s amazing,” said Hamilton. “Particularly in a time that we’re living in right now where people have been affected so heavily by COVID.

JUST IN:
Max Verstappen hits out at Lewis Hamilton ahead of season finale

In the Netherlands, Ziggo Sport will make its coverage free of charge too with Verstappen proving hugely popular in his home country.

“Same for me, of course,” said Verstappen. “It’s great for the people to be able to watch it.

“And I think also for us, it’s even more special because it’s the first time a Dutch driver has a chance of winning a championship of course.

“So hopefully a lot of people will tune in.”

Sky’s chief executive, UK, and Europe, Stephen van Rooyen said: “Sunday’s Grand Prix is one of the biggest sporting events in the last decade, and could be a historic moment for British sport.

“We’ve chosen to gift the race to the whole country at Christmas through our partnership with Channel 4, so everyone can be part of a huge national moment as Lewis Hamilton goes for a historic eighth world championship title.”

“We are excited that Sky will make the Grand Prix on Sunday available to Channel 4 viewers so everyone can tune in live for the thrilling finale to this epic season,” Formula One president, Stefano Domenicali, added.

Qualifying for Sunday’s title decider gets underway on Saturday at 1pm GMT, with the race the following day at the same time.