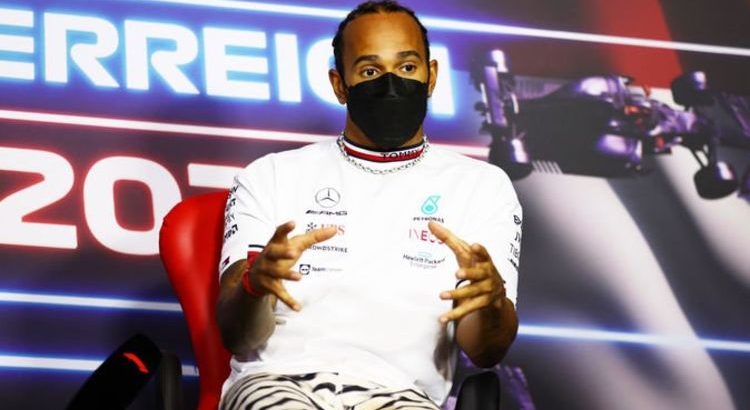 Lewis Hamilton is struggling in his fight with Max Verstappen this year but David Coulthard believes he is handling defeat with elegance and has learned from his fights with Nico Rosberg. Hamilton has just signed a new two-year deal at Mercedes keeping him at the team until the end of 2023.

Coulthard thinks Red Bull’s success this year has given Hamilton a new lease on life in F1.

With new regulations coming in next year, the Briton will look to win the title this year and fight Red Bull again in the upcoming seasons.

Coulthard thinks Hamilton has changed and become a lot more elegant in dealing with the much younger Verstappen.

“What I’ve observed, if you look at the last couple of races he’d lost, he’s been much calmer and much more magnanimous in defeat than we’ve seen [before],” Coulthard told The Race.

“Sometimes when he was beaten by Nico [Rosberg] when they were team-mates, he could be a bit chippy, a bit kind of dummy-in-the-dust, a bit spoiled-child multi-millionaire racing driver.

“So therefore I think that he is truly relishing the challenge.”

Hamilton is hungrier than ever, according to Coulthard who had a stellar career in F1 with McLaren and Red Bull.

“And the fact he signed up for another two years, he’s just so motivated by the challenge, I think that Max Verstappen and Red Bull this year have extended his career, I truly believe that.

“Because – if he doesn’t win it this year, I don’t think he’ll go off into the winter crying his heart out. I think he’ll go ‘you know what? As a team we didn’t deliver, how can we do better next year?’

“I just think he’s such a pure-bred racer, the way he’s been brought up by his family, total dedication – I think he loves it, I truly do.

“And I think the fact he’s not winning right now is extending his career.”

Hamilton will look to cut Verstappen’s lead this weekend at the British Grand Prix.

For the first time the grid on Sunday will be formed from a sprint qualifying race on Saturday as F1 looks to add excitement to their weekends.