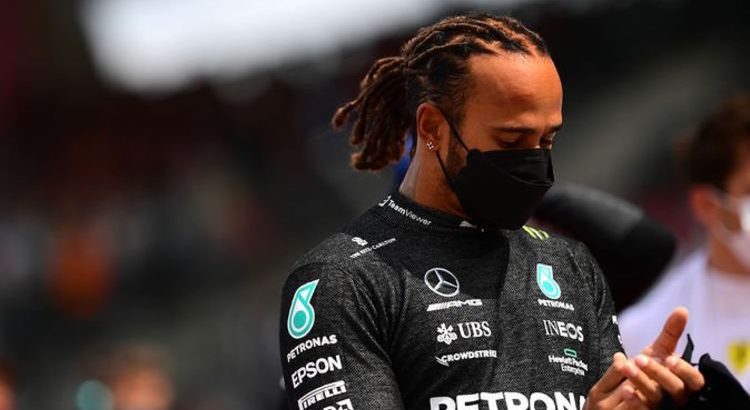 Lewis Hamilton is hoping to fight back in the Formula 1 Drivers’ Championship this week as he heads to his home Grand Prix at Silverstone. The Briton trails behind Red Bull’s Max Verstappen, who has won his last three races in France and Austria. Hamilton admitted after the last race at the Red Bull Ring that his Dutch rival is “walking away” with the championship as things stand.

He said: “Max is walking away with it right now and there is not really much we can do about it.

“They have added so much performance and we have a lot of work to do to try and close that gap.

“I hope our car feels better [at Silverstone]. It has been pretty poor here the last two weeks – it has definitely been a painful few races. But we will keep our heads up and keep trying.

“We will work as much as we can to improve in the next couple of weeks. We have been massively down at this track. It will be interesting to see how it is in the other races to go.”

As Hamilton looks to recover, he will be hoping to avoid another row over the condition of the track at Silverstone.

In 2018, Hamilton took aim at the resurfacing of the track, complaining about bumps and branding it the “worst job ever.”

He said: “I always think countries seem to waste money when they resurface the tracks. They wasted money which they could have gone to better use. And, two, the people they hired did the worst job ever.

“I mean, it’s the bumpiest track I’ve ever experienced, it’s bumpier than the Nordschleife, which is 100 years old. It’s rattling your freakin’ eyeballs from your brain ‒ you can’t see where you’re going.

“In the straights and some of the corners … it’s so insane how bumpy it is. It’s so quick, it’s like, duh-duh-duh-duh.

“Apart from that it’s fantastic, but jeez, they need to hire someone better, because I don’t know how you could make such a bad job in layering the track.”

His Mercedes teammate Valtteri Bottas echoed the sentiment, adding that the new surface is “so bumpy that you actually get a bit of a headache”.

While Hamilton was critical of the bumps, he did also say the track was “the fastest it has ever been”.

Hamilton may have been critical of Silverstone, but in 2019 he named it among his three favourite tracks, alongside the Circuit of the Americas in the US and Circuit Gilles Villeneuve in Canada.

Explaining why, Hamilton said: “Look, Monaco is spectacular. I live there and love it but you all know how the race goes. I personally don’t enjoy driving the race because you can make your car as wide as you want and you can’t actually entertain.

“Austin you can overtake. It’s a brand-new circuit but it’s got a lot of character and you can actually follow.

“And Silverstone…that track has a lot of history. The layout is just incredible, all high speed and medium speed.

“That whole combination…I don’t think there [are] many tracks in the world [that] have a better combination.”