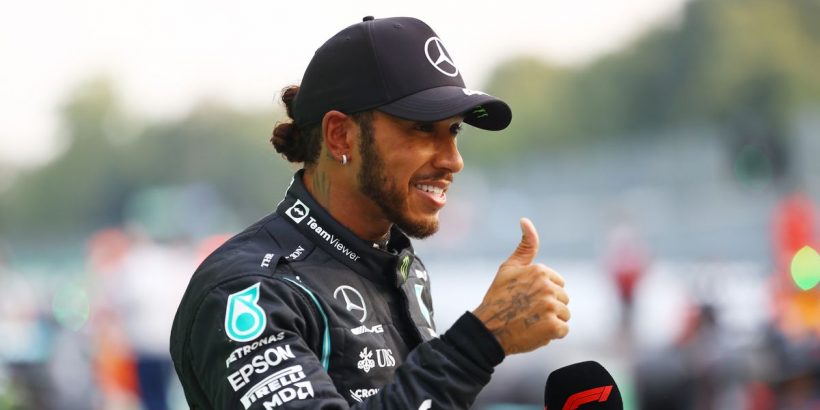 Lewis Hamilton is not only streets ahead of his rivals on the track, he's also miles clear of them when it comes to net worth too.

Hamilton, 36, has been at the top of Formula One for well over a decade since breaking through with McLaren in 2007.

In that time, the British driver has accumulated 99 race wins, seven world championships and a staggering net worth.

According to MotorSportWeek, Hamilton is worth $285million (£206million) and looks set to continue coining it in for the foreseeable future after recently agreeing a new deal with Mercedes.

Given the popularity the current F1 world champion enjoys, naturally he is an attractive pull for sponsors.

A known lover of fashion, in the past Hamilton has enjoyed collaborations with renowned designer Tommy Hilfiger.

He also has endorsements with the likes of Monster Energy, Puma, Sony, Bose and many more international brands.

Those tie-ins all add up to put Hamilton at the front of the grid when it comes to the net worth of current F1 drivers.

Even more impressively, his net worth alone is significantly greater than at least ten of his rivals put together.

Is Lewis Hamilton's the greatest F1 driver in history? Let us know in the comments section.

Using figures from the likes of EssentiallySports, CelebrityNetWorth and FirstSportz, it is possible to establish that Hamilton's net worth is more than half that of his fellow drivers in the F1 paddock put together.

Alpha Tauri starlets Pierr Gasly and Yuki Tsunoda have a reported net worth of £1.5million and £3.7million respectively.

Antonio Giovinazzi is just below them on £410,000, while Hamilton's future team-mate George Russell is worth around £1million.

Fellow Briton Lando Norris has a reported net worth of £2.2million, considerably lower than his team-mate Daniel Ricciardo on £36.5million.

Ferrari pair Charles Leclerc and Carlos Sainz are claimed to be worth £8.7million and £4.4million respectively, with Red Bull star Sergio Perez another big hitter at around £22million.

Adding up all of the numbers provided, the total net worth of Hamilton's F1 rivals comes to £85.61million – less than half of his own net worth of £206million. The Mercedes driver is only likely to see that figure increase after making the decision to extend his stay at the constructor until 2023.

"It is hard to believe it’s been nearly nine years working with this incredible team and I’m excited we’re going to continue our partnership for two more years," said Hamilton after signing his new deal.

"We’ve accomplished so much together but we still have a lot to achieve, both on and off the track. I’m incredibly proud and grateful of how Mercedes has supported me in my drive to improve diversity and equality in our sport.

"They have held themselves accountable and made important strides in creating a more diverse team and inclusive environment."