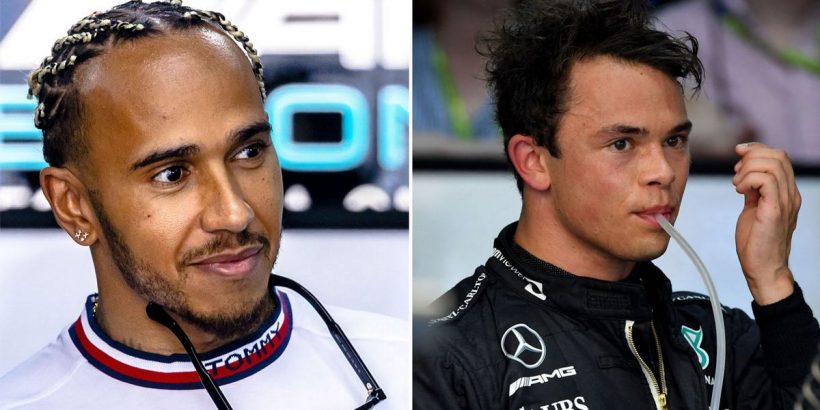 Lewis Hamilton sat out the first practice session for this weekend’s French Grand Prix as he handed his Mercedes W13 over to one of the team’s junior drivers.

F1 teams are mandated to give drivers who have competed in no more than two grand prix a run-out on two separate occasions over the course of the season. At Paul Ricard, it was Hamilton’s time to make way while teammate George Russell will miss a session later in the season.

Hamilton’s car was in safe hands with former Formula 2 and Formula E champion Nyck de Vries taking over for free practice one. The 27-year-old did a solid job, posting the ninth fastest time of the session, 1.5 seconds off Ferrari’s Charles Leclerc and half a second away from Russell in the sister car.

De Vries received Hamilton’s full support throughout the session and was even assisted by the seven-time world champion’s physio and assistant, Angela Cullen, who is a familiar face at grand prix as Hamilton right-hand woman.

“Both Lewis and Angela have been very supportive and very kind in helping me before and during FP1,” de Vries told Sky Sports F1 during free practice two. “Lewis was even on the radio. As I was getting ready, Angela came in and said ‘I’m helping you’. She was very kind to help me out.

Who will win the French Grand Prix? Have your say in the comments section below.

“Lewis was on the radio and listening to everything we were discussing in the garage about the runs I did. I was feeling wheel locking in certain areas and he gave me some advice to make some tool changes on the steering wheel to avoid those issues. He was very much involved, which was great to see.”

Hamilton also sat in on the post-session debrief before retaking his car for free practice two. Having been expected by some to be on the pace of Red Bull and Ferrari this weekend, the Mercedes were fourth and fifth, with Russell 0.764 seconds off the quickest time, set by Carlos Sainz, and Hamilton 0.2 seconds further back.