Lewis Hamilton may not have even thought about leaving Mercedes before signing his new contract earlier this month, but the 2022 season could well prove to be a different matter altogether with retirement from the sport on the horizon. Hamilton’s been with Mercedes-powered engines through his entire F1 career.

At McLaren, the British driver broke through as the next superstar of the sport before joining Mercedes where he has far exceeded all expectations.

But after winning his seventh world title last year – equalling Michael Schumacher’s all-time record – there was growing speculation over his future in the sport.

Hamilton’s contract with Mercedes had come to an end and despite repeated confidence from Toto Wolff that he would sign, two months would pass before he eventually put pen to paper on a new deal.

It’s not the first time Hamilton has pushed negotiations to the wire but it never looked likely that he would leave Mercedes, largely due to the fact of his relationship with the team.

JUST IN: Lewis Hamilton’s Mercedes and Liverpool in running for award 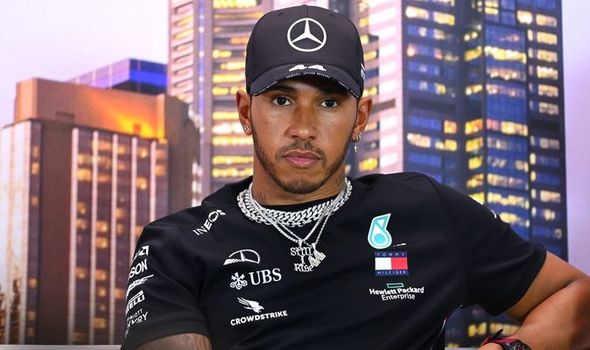 However, the other over-riding factor may well have been the fact there was no other seat available in F1 for the 2021 season.

That will all change at the end of this year with a handful of seats set to be vacated.

And Aston Martin owner Lawrence Stroll has got the rumour mill turning already by stating he would be interested in stealing Hamilton away from Mercedes.

“It is definitely tempting,” he told the PA news agency.

“Lewis in any car is great, and I am sure everyone would say yes because he is a seven-time world champion. But right now, I am extremely focused on getting started this year.”

Aston Martin, formerly Racing Point, have proven to be the next-best thing in Formula One in recent years.

While Mercedes and Red Bull were the frontrunners last year, both Sergio Perez and Lance Stroll put in strong displays.

Perez even took an unlikely first race victory of his career at the Sakhir Grand Prix while Stroll finished on the podium on two occasions as well as taking pole position in Turkey.

Backed by a billionaire owner, the team are expected to make big strides in the coming years, especially now with Sebastian Vettel on board. 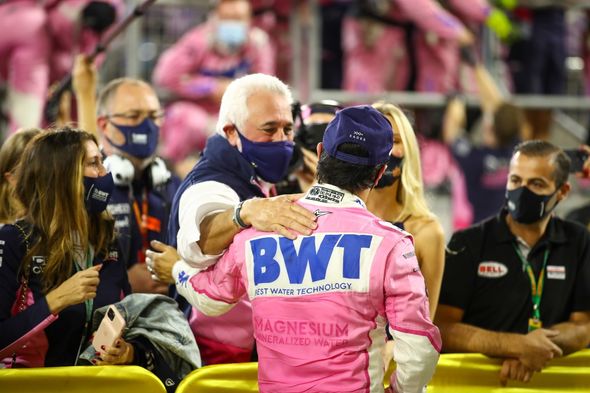 Certain things are unknown for the 2022 season and how the new regulation changes will affect the standings, but it is expected that racing will be far more competitive.

And leaving Mercedes for one final challenge may be the perfect way for Hamilton to leave the sport.

He’s once again the favourite to win the title this season and, should he do so, he will hold the outright record for most F1 titles in the sport’s history.

At 36 years of age, his next contract may well be his last with Hamilton previously stating that he’s unlikely to follow in the footsteps of Kimi Raikkonen and Fernando Alonso by racing when he’s in his 40s.

And with nothing left to prove in the sport, Hamilton may relish the opportunity to join a team tipped for a bright future with huge financial backing.

There would also be the added bonus for F1 fans to finally see Vettel and Hamilton race alongside each other in the same car after years of rumours regarding the pair teaming up.