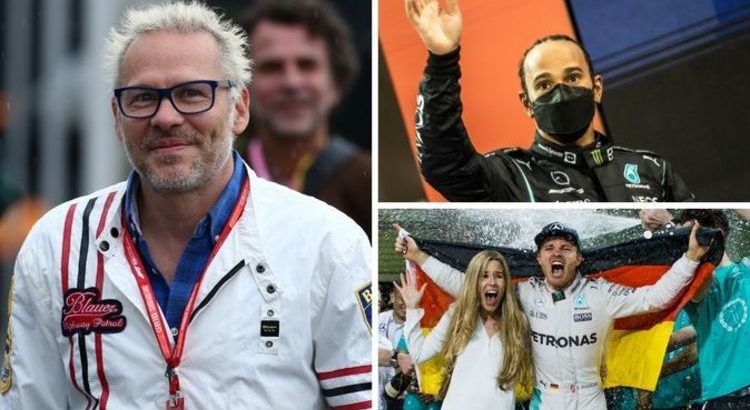 Nico Rosberg tells of his willingness to befriend Lewis Hamilton

Former Formula 1 world champion Jacques Villeneuve has compared Lewis Hamilton’s retirement decision to his ex Mercedes teammate Nico Rosberg’s own decision to walk away from the sport. Red Bull star Max Verstappen secured a maiden world title in dramatic and controversial circumstances at the Abu Dhabi Grand Prix after he and title rival Hamilton went into the season finale at the Yas Marina Circuit tied on points.

The Dutchman passed the seven-time world champion – who had dominated for much of the race – on the final lap of the season as a late Safety Car and tyre change swung momentum in his favour.

Mercedes’ fury was largely aimed at FIA race director Michael Masi after he decided to not allow cars to unlap themselves, as is tradition, only to change his mind to set up the final lap showdown between Hamilton and Verstappen.

Mercedes withdrew their appeal against the result after the FIA pledged an investigation into the events surrounding the Safety Car procedures.

With the 2022 season on the horizon – the first season in the new era of regulations – Brit superstar Hamilton may not be on the grid.

JUST IN: FIA add fuel to the fire over Michael Masi’s future

Hamilton and Mercedes team members did not conduct any other media interviews after the season finale.

The 37-year-old is yet to post on his social media accounts since the events of December 12 2021.

When asked if Hamilton will return to F1, Villeneuve suggested the scenario is similar to Rosberg’s decision to abruptly retire in 2016 after winning the world title.

“Who knows? Nobody expected Nico Rosberg to not come back,” the 1997 world champion told reporters.

“Suddenly he woke up one morning and told everyone he wasnt passionate about racing anymore. That doesn’t seem to be the case with Lewis, but who knows?

“It’s really difficult to know what’s going on in the head of people. The season is very long and you believe where you’re going to end up and then it doesn’t turn out like you expect and feel it’s taken away from you.

“The reaction can be quite negative, but you have to keep going.”

Just days after his defeat to Verstappen, Hamilton was awarded his knighthood at Windsor Castle. He also attended Mercedes’ celebrations at their headquarters following their record-extending eighth successive constructors’ title.

“No, I don’t think he will [quit],” Ben Sulayem told reporters. “I’ll ask your question, did Lewis declare that he’s not going to race? No. Exactly. Being a driver, you declare yourself, you don’t let the rumours [talk].

“I’m confident that Lewis [will return]. Lewis is a big part of motorsport, and of course of Formula 1, the new era [can add to] Lewis’s wins and achievements, and also Verstappen is there.

“I am very confident that you will see a very challenging Formula 1 season next year.”

The 60-year-old also outlined aims to look into F1’s regulations in order to avoid a repeat to the conclusion in Abu Dhabi.

The 23-race 2022 campaign begins on 18-20 March, with winter testing for the all-new generation of cars underway from 23 February.